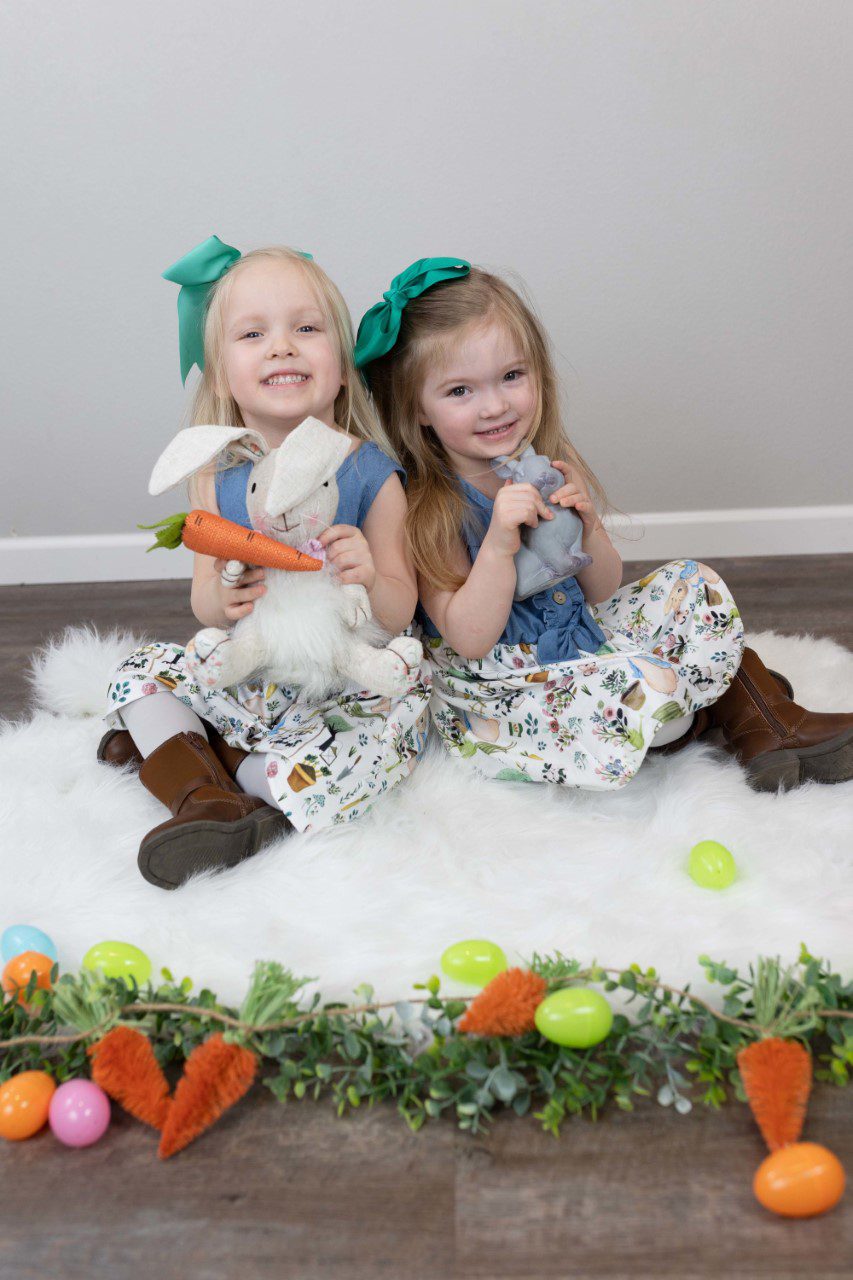 As April comes to a close and the “Month of the Military Child” is wrapping up, a final salute to the child dependents of Minot Air Force Base is in order. More than adult dependents, kids and their siblings rely on each other for support and camaraderie during tough military moves and adjustments. For that very reason, the last Military Child Highlight of 2022 will be dedicated to a few stand out siblings that have shown resilience and pride with being a military kid.

Up first are four-year-old twin girls named Melanie and Briella Kilgore. These two darling little girls have experienced the military kid challenges since before they were even born. Their mom, Maria, delivered the girls via a last-minute C-section while living in Goose Creek, S.C., near the Naval Weapons Station in Charleston. Before the girls were even eight months old, Melanie faced a difficult surgery and then their dad left for deployment. Mom Maria explained that it was a tough time for the twins because “They began to crawl, eat real food, and actually walked right before he came home. He missed every one of their first major holidays & their first birthday. Their first birthday party circled around what time their deployed dad could get on Facetime to sing them happy birthday.”
When the girls were not yet two, they experienced their first cross-country PCS to Minot AFB. Mom Maria remembered the trip saying, “At 18 months old they moved cross country and saw more states and cities than most civilian kids do in a lifetime. A whole new world out here and left family far behind.” Now, at age four, the girls are enjoying their time in Minot. When asked what their favorite part was of living here, Melanie said, “School and Friends” and Briella said, “Coloring.”
Both girls love seeing and spending time with their dad now, and often—as most young military kids do—relate any uniformed military member to their military parent. Maria said they often point out the large billboards in town of a military member and exclaim “Look it’s Daddy!” As the family is leaving next year, the girls will miss the snow and their friends here in Minot.

Some people think that large families and the military don’t mix, but the Lamoreaux Family of seven have proven that to be incorrect. First-born son Aiden, age 11, and Emrys, age nine, were both born in Arizona. The only girl Evelyn, who likes to be called Evie, age 7, was born in South Carolina. Isaiah, age four, and Andrew, almost two, were both born in the Netherlands. This family is blessed with five proud military kids who all have their own personalities and talents. Each child is different but each is resilient in their own way. After seven moves, the family is well-versed in saying goodbye and making new friends. Mom, Kimberly said,
“When we leave, people will sign things for them (shirts, pictures or homemade books) and I’ll catch them looking through these precious memories, secretly mourning & remembering. These items are old and ripped (from being well used), but they are so precious and truly irreplaceable to my children. Then my kids wipe the tears out of their eyes and think of all the good memories. They end with laughs of times that were funny or nice and we give each other hugs. We call our friends to see how they’re doing and I think this is what it really means to be resilient. To have these hard trials, look on the bright side after feeling all the feels and keep going. They keep making new friends and adding to these memories.”
When asked what their Security Forces dad does for work, Isaiah said, “Work and keep us safe.” Sister Evie said, “[He] protects our world.” When asked to recall a favorite memory of base life, Emrys said, “Going to the Turf to play with kids while mom exercises.” Biggest brother Aiden recalls that the best part of being a military kid is, “Moving to new places and making new friends.” Aiden also noted that the worst part of being a military kid is leaving and having to say goodbye to his friends. Aiden noted that he fondly remembers all the base Halloween parties and events they do at all the bases. It will likely be something he remembers fondly as he grows.
The five Lamoureux children: Aiden, who loves reading, writing, drawing and building things; Emrys, who is happy go-lucky and goes with the flow; Evelyn who is sweet, always wanting to help mommy; Isaiah, who is full of hugs, very kind-hearted but tough; and the youngest, Andrew, who loves cars and emulating his older brothers; are just a glimpse of a few of the amazing military siblings we have here on Minot AFB.

Representing some of the newest military kids are the Lascano kids: Hunter, age four and a half, and Kiana, almost one. This young family is in their first year of military service and already come face-to-face with the realities of military family life.
When Hunter and Kiana’s dad left for Basic Military Training this past fall the kids got their first taste of being without their dad. Mom, Taylor, said, “Hunter stepped into the big brother role really fast, I think a part of him knew he needed to be strong for his sister. At times he was stronger than I was. Always making sure she knew that daddy was still with us.”
The family faced the all-so-familiar life of dad moving from one training to another while they stayed at home and waited. Although the family was able to be together for Thanksgiving and Christmas, they were ready to be together long-term once again. The family got orders and moved to Minot this past February. Mom said, “I wasn’t sure how Hunter was going to adjust to this change but every day since we came here he has been the biggest help! He is patient and kind and always asking for help. Kiana is building her bond with daddy and the two are inseparable.” The Lascanos are still waiting for their household goods to arrive, but Hunter is having a blast keeping his little sister entertained and embarking on this new journey of being a military kid.
Being a Military Child is sometimes overwhelming, confusing and exhausting; however, the life skills and resilience that come with it are often unmatched within the civilian child community. Military kids and their siblings learn to adapt to new situations, adjust expectations and learn to make the best of life- a life skill with which many adults have a hard time. Thanks to these siblings and all the other Military kids out there who keep on keeping on serving their country in their own special way! 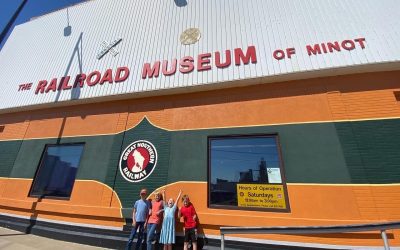 The city of Minot has a rich history with trains and the railroad. In fact, it was the railroad that created the town itself. According to the City of Minot website, “Minot came into existence in 1886, when Jim Hill’s Great Northern Railroad ended its push through the... 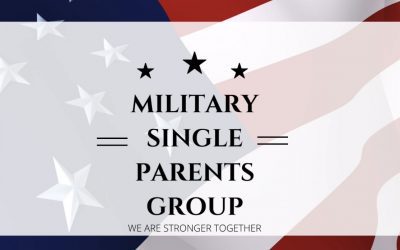 It’s a Small Air Force- This phrase is spoken when referring to the way words, needs or people travel within the Air Force. Even though there are bases all over the world, many members and families find themselves meeting up with old friends or discovering that the... 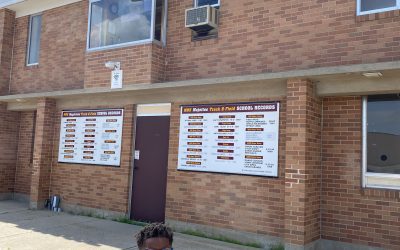 Save Your Speed for When You’re Near the Finish Line

All of my ribbons. Running is my favorite sport and I like when my legs are moving fast. I ran at the Minot Park District Olympics in June and July. This summer I ran at the Duane Carlson Stadium at Minot High School. I ran on Wednesdays in the afternoon.I always feel...