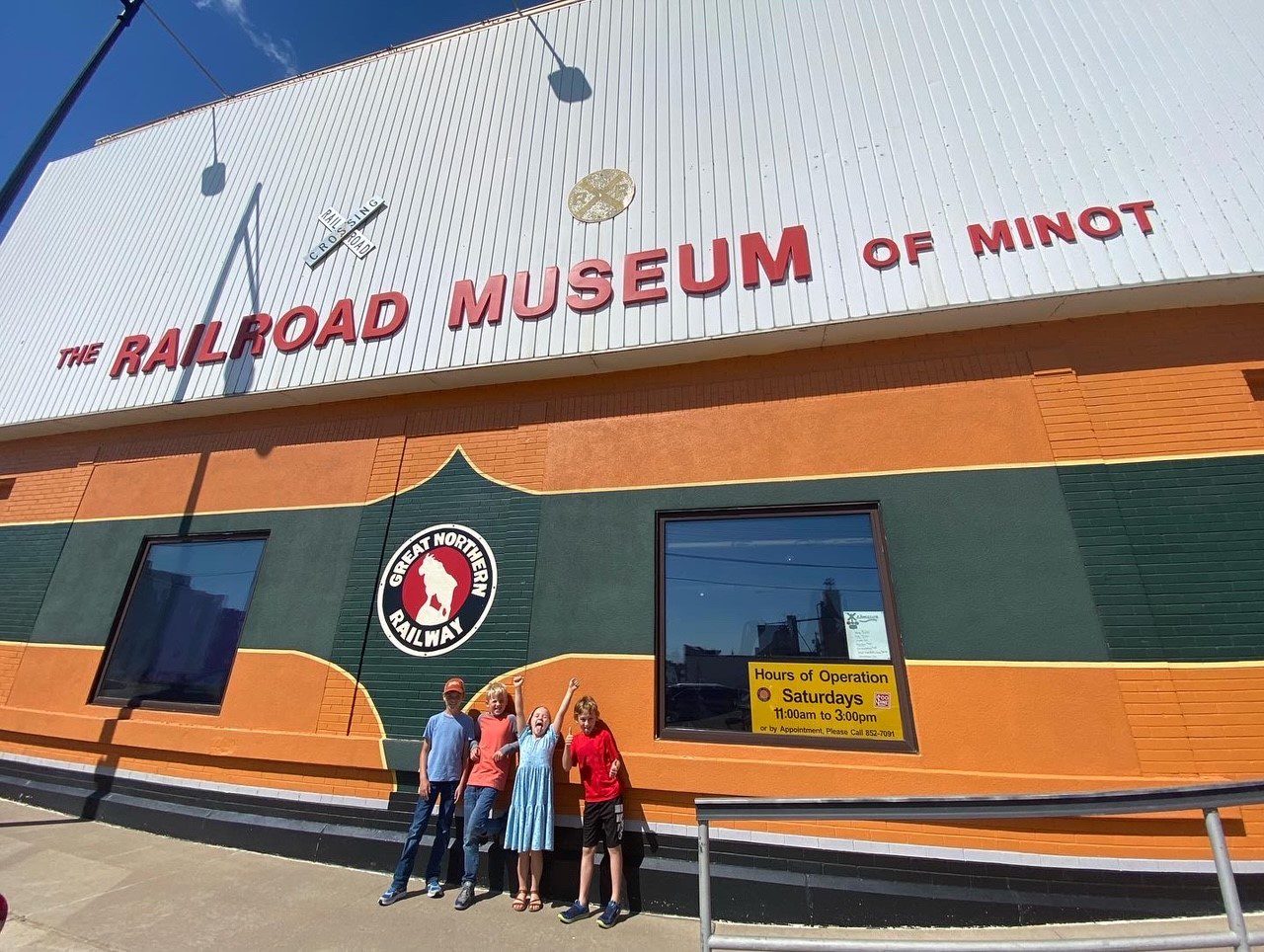 The Railroad Musuem of Minot offers interactive and historic train fun for all.

The city of Minot has a rich history with trains and the railroad. In fact, it was the railroad that created the town itself.

According to the City of Minot website, “Minot came into existence in 1886, when Jim Hill’s Great Northern Railroad ended its push through the state for the winter, after having trouble constructing a trestle across Gassman Coulee. A tent town sprung up overnight, as if by magic, thus the city came to be known as the ‘Magic City.’ The town site was chosen by the railroad to be placed on the land of then-homesteader Erik Ramstad.” The town grew into approximately 5000 people in just five months’ time and was the end of the line in the Great American Railroad. Into the early 20th century, Minot became known as a somewhat “lawless” place as prohibition rolled around, but by the 1950s Minot was shaping into a quaint town as the Air Force Base was built. The railroad shaped the city’s beginning, and though its prominence has waned in recent decades the trains still hold a unique part of the atmosphere today.

The city’s historical train station, located at 400 1st Ave SW, near the public library, is still in use to this day for passenger Amtrak stations. According to greatamericanstations.com, “ The Great Northern Railway depot, located northwest of downtown near the Souris River, was built in 1905 and today serves as the Amtrak stop for Minot. The structure originally included a gabled roof and red brick exterior, but it was greatly altered during renovations in the early 1970s. The gabled roof was swapped out for a flat one, and the brick was covered with stucco. Inside, the interior was modernized by covering the marble floor with tile.”

Today, Minot is a main refueling stop for the Empire Builder train route that runs from Chicago to Seattle and Portland. Passengers today can explore the country in a simple, classic ride. It is because of this history and current train encompassment that the necessity for a train museum to catalog and preserve this legacy arose.

The Railroad Museum of Minot is located at 91st St NE, used to be a lumber yard built in 1907 but was eventually donated to the Railroad Museum who opened their doors in 1988. This non-profit museum operates with only a handful of employees, including museum president Golden Melland, John Doyle and Grace Moore. While the museum is only open on Saturdays, or by appointment, guests can enter into a world from the past at this quaint historical center. Real historic locomotives sit outside the building and are available for exploring during the summer months. It also features interactive activities for kids including train whistles to blow and toy trains to play with. Visitors can reenact what it was like to experience train travel a hundred years ago and stamp tickets as well as view an elaborate mini train town. The staff is extremely helpful, friendly and personable. They may even let a visitor ride in the thrilling, over 100-year-old Otis elevator, if requested. Additionally, Golden told the Northern Sentry that this Railroad Museum was even featured on the North Dakota paranormal websites for suspected ghost sightings of a man with a train engineer hat. Although no hauntings have ever been proven, it adds intrigue to this charming museum that is worth a visit for all ages.

A Magic City visitor could easily make an entire day worth of train-type attractions by including the train rides available near the Roosevelt Zoo. This fun mini train ride, open to adults and kids alike, chugs through the trees and beautiful greenery of Roosevelt Park, while allowing riders to remember the simpler days of trains in Minot. Tickets can be purchased from the conductor himself and in the summertime this simple train ride, proximity to the zoo and Roosevelt pool is the perfect place to end a train filled day in Minot.