Upside Down Under: Does technology make us lazy?… 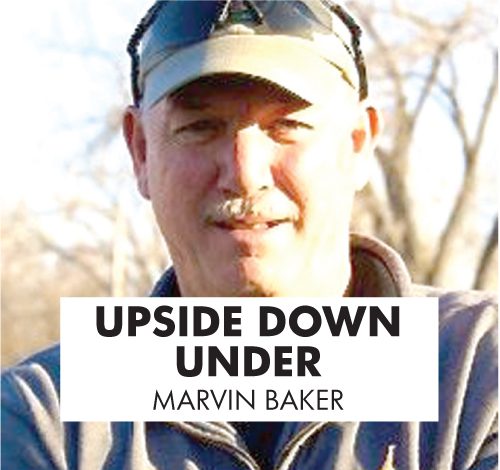 After going through a couple of major technological changes in my journalism career as well as other changes observed, I have to wonder if it’s is making us lazy?

And since the pandemic, work at home has become “a thing.” People who have the right jobs don’t even go to work anymore. They stay at home and knock out there job on a computer.

I can certainly say that life for a journalist has gotten much easier since the early 1960s when the lin-o-type was the way to get the paper published. Today, it’s powerful pagination programs.

It used to be that when I wrote a research paper in college, I’d dust off my manual typewriter, put a piece of paper in the roller and get busy.

When I made a mistake, I used White Out to cover it up. Sometimes I had the luxury of using erasable bond paper so I could erase my errors with a pencil eraser.

Occasionally, the ribbon would run out ink. New ribbons were often messy on the fingers, then you had to type a little on a separate piece of paper to eliminate the smudges.

When I joined the staff of the Dakota Student at UND in 1986, we used Compugraphic equipment. That was living the high life. The copy came out in single column strips, we ran them through a waxer and pasted the strips on the pages that were positioned on a light table.

However, because of that equipment, we sometimes worked through the night to produce the next edition, but we never complained.

It was also in the fall of 1986 that I was first exposed to a computer. I took Computers 101 and it was scary because the classroom lectures were so futuristic. Landing my first job out of college at the Emmons County Record in Linton, I was assigned a Zenith video display terminal. What a leap forward.

As time went on, the equipment got better and became less expensive. And when I accepted a reporter position at the Jamestown Sun in the spring of 1995, I really got spoiled… state-of-the-art Macs.
My position in Langdon saw two major changes. It was the first time I’d seen a laptop, let alone worked on one. There were times in which I had to take work home with me. It was certainly convenient to knock out a major story on Sunday afternoon while waiting for laundry to dry.

It was also in Langdon, in 1997, that myself and the staff at the Cavalier County Republican, were first exposed to pagination. It took us a while to get the hang of it, but when we did, it revolutionized how we produced the newspaper.
The laptop sure came in handy in that respect. If I got a good front-page idea, I could just “lay out” a dummy page on the screen and have it ready when I needed it in the office.

I should also point out that in my early days in the National Guard, I did some sideline public affairs work. I still remember sitting in a hotel room in Valley City, hand writing an article about battalion headquarters in Valley City.
I think the Guard felt sorry for me so they gave me a computer with MS DOS. That was so cumbersome, I turned it back in and purchased my own typewriter.
Computer technology has continued to evolve. Wi-fi, streaming video, gaming, artificial intelligence and I shudder to think of what comes next.

At Christmas I got a new iMac and there is a program I downloaded that is actually designed for medical students. It breaks down the entire human body in 3-D. It’s incredible just to view and thank goodness I don’t have to study it.
One thing that hasn’t changed, however, at least since 1997, is how I write my articles. But it often reminds me of the manual typewriter days. In fact, I have a 1912 L.C. Smith typewriter behind my desk in case I need a visual reminder of how difficult it used to be.

← Prev: License and Registration Please Next: A View From Our Side: The Old Farmer’s Almanac →