A View From Our Side: The Old Farmer’s Almanac 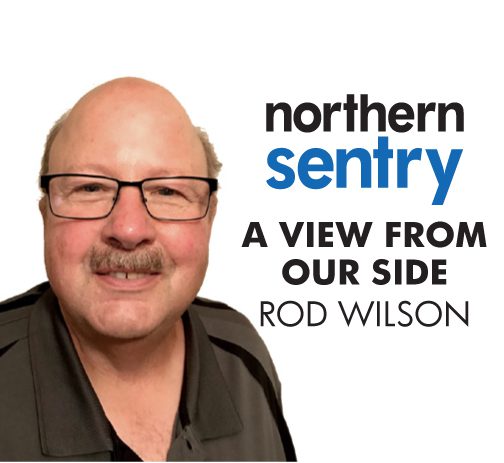 The recent weather pattern of dense fog and mist have certainly left some amazing photographic opportunities. The lack of wind has given us ample time to get out with our cameras and cell phones and capture scenes of ice coated trees, bushes, and other structures such as towers and even electrical lines.

But did you know that these days of dense fog foretell spring weather? Yep, certainly true. When I grew up most every home had a copy of the Farmer’s Almanac. Printed once a year and a popular stocking stuffer at Christmas, the Farmer’s Almanac was the official meteorological predictor. Accuracy? Well as I remember, yes, the almanac was accurate, but then the information was broad. How’s that? Well instead of the very precise predictions of today’s weather apps, we would go more general information. Take for example the Almanac’s prediction for the next two weeks. January 16-25 the prediction is for a few snow showers and cold. Which day? How much snow? And how cold? My thought is that there is a good chance of a few snow showers in a 7-day period in January. And same goes with cold? Cold in January is easier to predict than warm. Still, I hear people using the Old Farmer’s Almanac as a reference.

However, there are also other common weather predictions that come into play based on this week of foggy weather. Mark your calendar because there is an “old wives’ tale” (old wives’ tales are also meteorological predictors) that says that 90 days after a period of fog, there will be moisture. Let’s see January-February is 30, February – March is 60 and March-April is 90. So mid-April we should have moisture. Could be snow (oh no, not another April blizzard!), or it could be rain. My calendar at home is already marked. Just for the heck of it, put a notation in your cell phone and we will be sure to revisit this topic in April.

Honorary Commander’s Event Also Returns
On Thursday night, January 19, the Minot Air Force Base will also do an Honorary Commander’s induction at the Jimmy Doolittle Center on base. Community members are teamed with base commanders and become Honorary Commanders. It’s a great way to create camaraderie between Minot AFB and the downtown community. I have been a proud Honorary Commander of Mark McDonald, Chief of Staff for the 91st Missile Wing. Albeit COVID also kept me from officially being inducted as an Honorary Commander, Mark and I, and our spouses Sue and Kathy, have become good friends over the past 2+ years. Thanks Mark & Kathy. We look forward to Thursday evening.

How Does This Work?
This morning my spouse sent me a text that a local gas station has once again raised prices, by 12 cents a gallon. It’s the third jump in gas prices in less than a week! We just came from Fargo where gas was $2.86 per gallon at some stations. There never seems to be a rhyme or reason to gas increases, does there? However, be thankful. My son just sent me a text from California. $6.67 per gallon in Los Angeles.

Best Kept Secrets
The “Little Rink That Could” in Downtown Minot continues to be a great outdoor skating experience. Many Facebook photos keep coming from friends joining together to skate outdoors on The Citizen’s Alley Ice Rink. It’s located right behind Prairie Sky Breads. I did some quick checking and a couple of the secondhand shops have ice skates for sale.

Today’s Chuckle
If nobody knows the troubles you’ve seen, you’re not living in a small town…

← Prev: Upside Down Under: Does technology make us lazy?… Next: Military Appreciation Game Night →