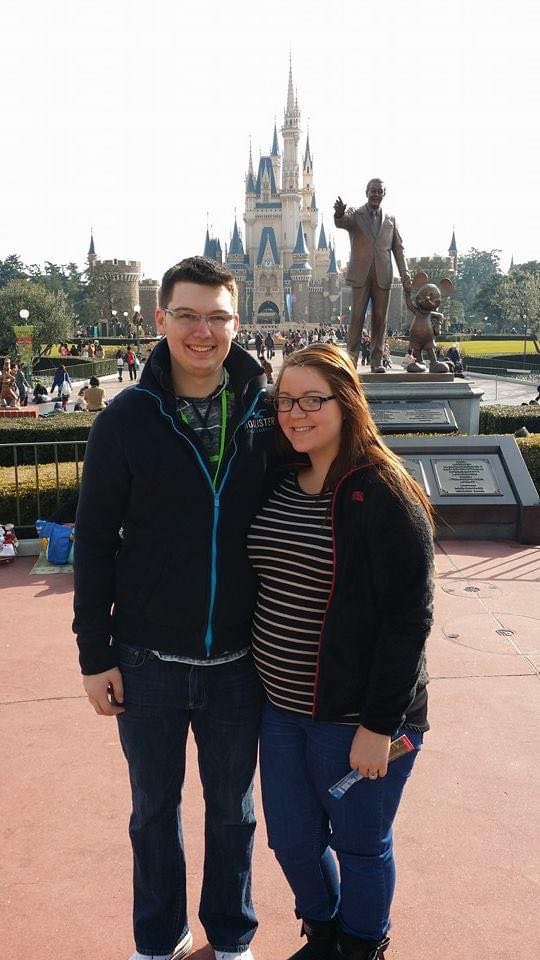 The drill is familiar. Another holiday season away from extended family and figuring out new short-termed traditions. Military families don’t get the luxury of doing the same things year after year. With frequent moving, sometimes during the holidays themselves or with a deployed spouse, Christmas is sometimes spent in TLF, or in a lonely house, or in the company of the friends made at the current station. Like all seasons in life, some holiday seasons end up being sad, but some end up bringing lasting memories that bring smiles to faces throughout the years. Even though all holidays are different, Christmas Day has always been of importance to Minot families.

Minot is hard, cold and far away from so much. But families reflect on some Christmases that brought them joy. The now retired Rockwell family shared a story about how once a few years ago when they tried to fly out of North Dakota to Florida. The family was planning to fly out of Fargo but ultimately had that flight canceled on Christmas Day because of a freak Monsoon in Florida. When they finally made it back home in Minot, the weather continued to surprise them. Jennifer Rcokwell said, “ [We] Finally got home on the 28th to see two feet of snow had fallen in those two days we were gone and the drift was up to the top of the garage door. The kids (ages 9, 6 and 4) were asking if Santa came to the house while we were gone?

We had no food, nothing was open. Thankfully, a neighbor had snow blown the driveway so we could get in – we couldn’t even get in to get a shovel!” She also shared that, “A few years later we braved the drive to MN to see the Vikings game and there was so much snow in the dome, the roof collapsed and they moved the game to Detroit, leaving us without a game to watch.” Although Jennifer has since vowed to never make travel plans during the winter, she laughs about the memories now and still plans to try not on miss out on Christmasy things even though the weather here often doesn’t cooperate.
Another Minot AFB family, the Tillerys, shared a memory of living overseas during Christmas and how that led to an unconventional yet memorable holiday season.

Karlee Tillery explained that a few years ago when she and her husband, TSgt Dakota Tillery 91 MSFS, were living in Japan they decided to take a babymoon holiday vacation to Tokyo Disneyland and DisneySea. She said it was a wonderful memory and a great way to spend that last holiday with just her and her husband before their first baby was due to be born that February.

Resilient: It’s a bit of a buzzword, but it’s also true. Military families are resilient. They adapt, make adjustments and make the most of situations. It’s not always easy or fun but it is the way of the military family. And during the holidays, sometimes more than any other time of year that special connection to other Mil families is embraced, laughed at and enjoyed.
Merry Christmas and Happy Holidays to all the hard-working Airmen and their families on Minot AFB!

← Prev: New commander- same mission as U.S. Strategic Command conducts change of command Next: Nothing Can Stop the U.S. Air Force (and families) →