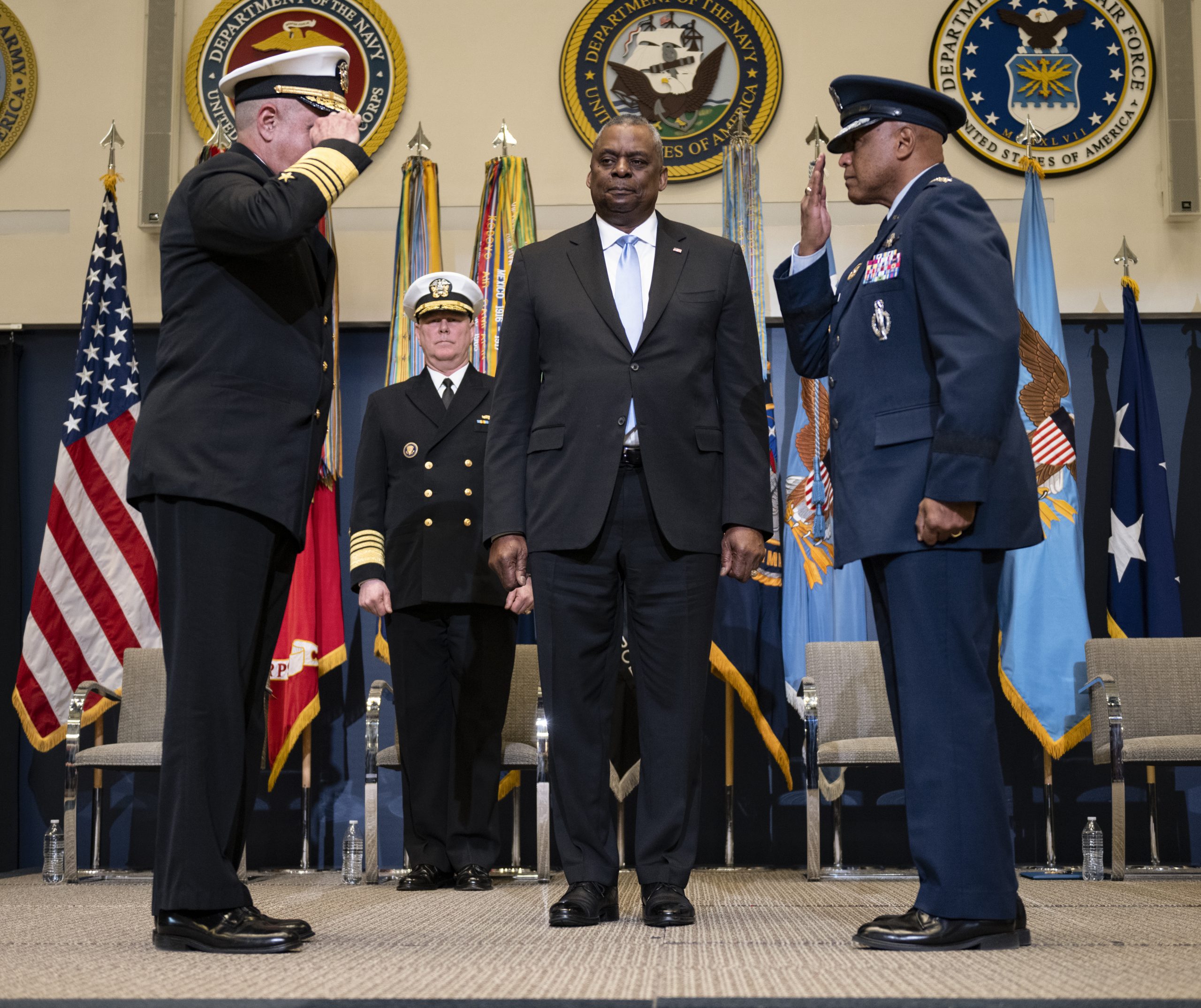 Cotton becomes USSTRATCOM’s 8th commander, highlighting the enduring stability of the nation’s strategic enterprise during a time of increased global pressure and reliance on a safe, reliable, and effective nuclear deterrent.
“A competition is underway among major powers to try to shape what comes next,” said Cotton. “In this new phase of competition, we face two near-peer adversaries simultaneously. U.S. Strategic Command must be ready for the complex challenges to deterring adversary aggression and coercion.”

As the new USSTRATCOM commander, Cotton takes responsibility for the nation’s nuclear triad, including ballistic missile submarines, long-range strategic bombers, intercontinental ballistic missiles, and nuclear command and control during a period of intense nuclear coercion and the unprecedented need to deter two near-peer nuclear adversaries at the same time.
“Everything we do is foundational to national and international security. It’s not just our nation that is counting on us. It is also our allies and partners,” Cotton said when discussing integrated deterrence. “NATO calls the strategic forces of the alliance, particularly those of the U.S. ‘the supreme guarantee of the alliance’s security,’ and we embrace that. We know what is riding on our shoulders.”

Secretary of Defense Lloyd J. Austin III presided over the ceremony, and he spoke about the importance of strong deterrence to defend the nation and our allies and partners during increased global pressure, including Russia’s war in Ukraine and China’s continuing strategic breakout.

“Today, STRATCOM faces new challenges. The U.S. is on the verge of a new phase. One where for the first time, we will face two major nuclear powers as strategic competitors,” Austin said. “The People’s Republic of China is expanding, and modernizing, and diversifying its nuclear forces. And Russia is also modernizing and expanding its nuclear arsenal.”

Austin said that nuclear powers have a responsibility to avoid provocative behavior, lower the risk of escalation, and prevent escalation and nuclear war and that U.S. Strategic Command is the responsible custodian of America’s nuclear arsenal.
As the outgoing commander, Richard expressed his gratitude to the more than 150,000 Army, Navy, Air Force, Marines, Guardians, and Civilian personnel responsible for the success of USSTRATCOM’s global deterrence mission.
“We deterred great power conflict and nuclear war during the worse conditions in the least sixty years, but that didn’t just happen…. It’s the people,” said Richard.

He highlighted the accomplishments made by the command, including reporting China’s strategic breakout, developing a deterrence dynamic paradigm, and inventing the nuclear command and control platforms Gryphon and Black Glass.
USSTRATCOM is a unique and special place that houses the last group of people who fully understand how to operationalize strategic deterrence, Richard said.

The ceremony capped a 41-year career for Richard, who led USSTRATCOM through the most stressful period of competition and potential crisis since the Cuban Missile Crisis, including China’s strategic breakout, Russia’s war in Ukraine, multiple North Korean missile launches, and the COVID pandemic.

Adm. Christopher Grady, Vice Chairman of the Joint Chiefs of Staff, presented the command with the Joint Meritorious Unit Award and Richard with the Defense Distinguished Service Medal. After the ceremony, Cotton addressed the state of U.S. deterrence efforts and his vision for the future of USSTRATCOM.

“We are positioning a 21st-century command for the future, and what we are doing is vitally important.” Cotton said. “We are again making it clear to any potential foe: the risks and costs of aggression far outweigh any conceivable gains.”

← Prev: Upside Down Under: Clever… until they’re caught… Next: (Military) Christmas Vacation →