More than a Mural 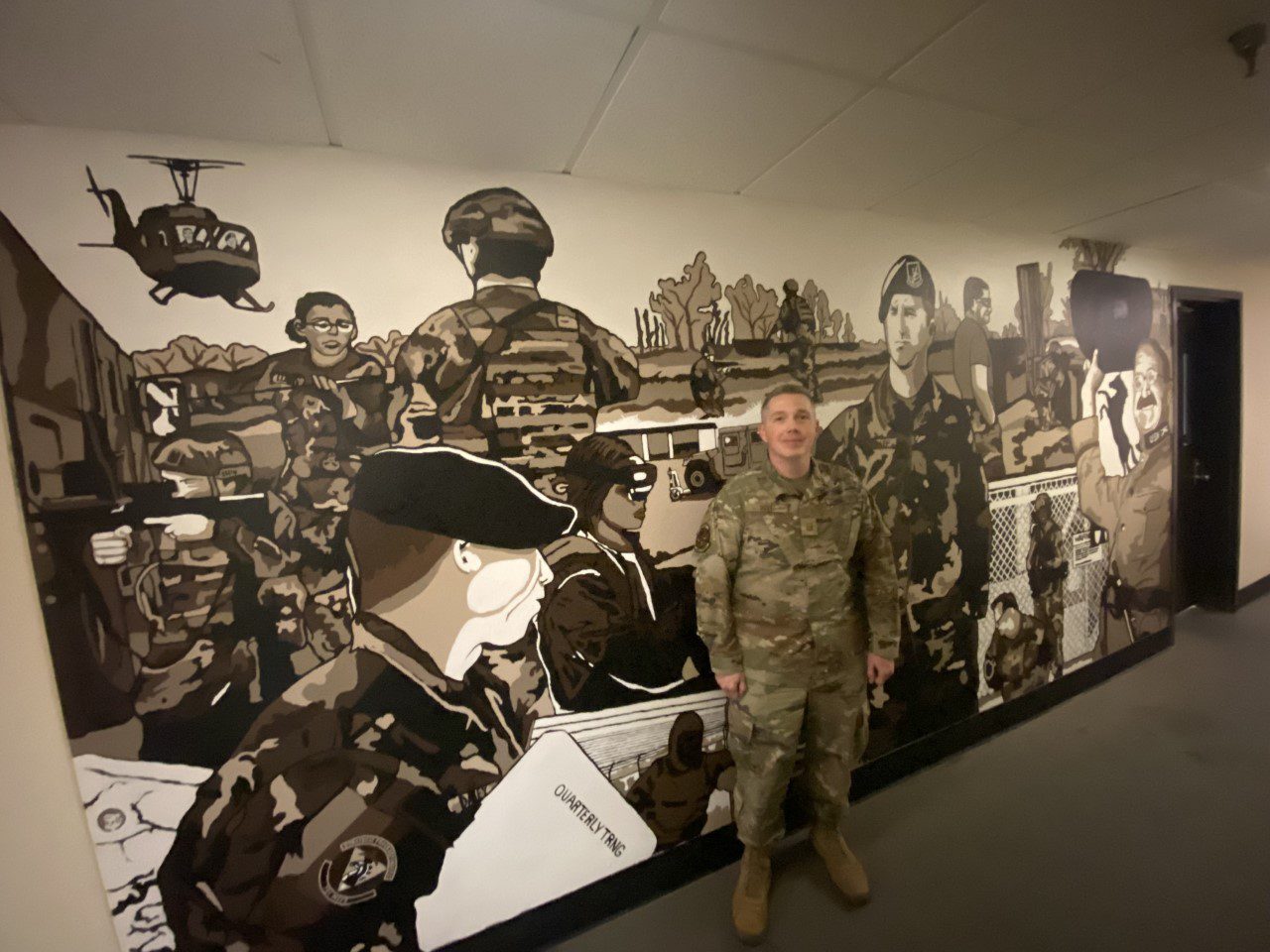 August 22, 2022, marked an important date in this base’s history, though it probably went by without much fanfare to many. In fact, it went by without any official recognition at all. This is the date that Master Sgt. Ryan Bell, 791st Missile Security Forces Squadron, finished a more than two-month long process of painting a massive mural in the Security Forces building outside his squadron’s main offices. This mural, completely devised, designed and painted by Bell, “Showcases all things for the 91st Security Forces Group”.

Bell got the idea to paint a mural back in June 2022, and when he presented it to his squadron leadership, they were supportive and encouraging. Thus, the mural began. Although Bell had never painted a mural before, he is a creative and artistic person with his degree in Graphic Design and was excited to begin the process. A lot went into creating the mural, but Bell wanted to first make sure that it correctly represented the 791 MSFS training center and highlighted the people there. Many of the Airmen shown in the mural are based on actual people in the 791 MSFS, who are also known as the Dark Horses. Bell portrayed some of his most influential friends and co-workers among the many sections of the mural.

After two weeks of planning what should go where, who should be in it, not to mention measuring and creating grids, Bell officially began. The process was long, and many hours of work were put in. Bell said it was a “labor of love, and it is my way of saying thanks to the unit.” The lighting is dim in the hallway, so lights were brought in to assist him in getting it just right. The project, although single-handedly performed by Bell, was mostly funded and supported by the squadron’s booster club, the Dark Horse Association.

Bell mentioned it was really fun for people to come in everyday and see the process. He said, “People were excited when they came down the hallway every day.” He said that the most important aspect of the mural he wanted to display was his admiration for the hard-working people of the unit.

After many months of work, the mural was finally completed. There was no official celebration or party to commemorate the completion, but Bell is proud of how it turned out and how it will create camaraderie within the unit, even with new Airmen. Bell said that although every part of the mural has special meaning to him, the portion of Teddy Roosevelt is the most inspirational because of what he represents to the area, as well as his strength throughout history.

MSgt. Bell has no immediate plans to create any more murals at the present time; he said he learned a lot during the process and is proud that he left his mark on the unit which will hopefully inspire Airmen from the 91 SFG for years to come.