Bob Herrington Talks About His Past Role As Senior Enlisted Advisor 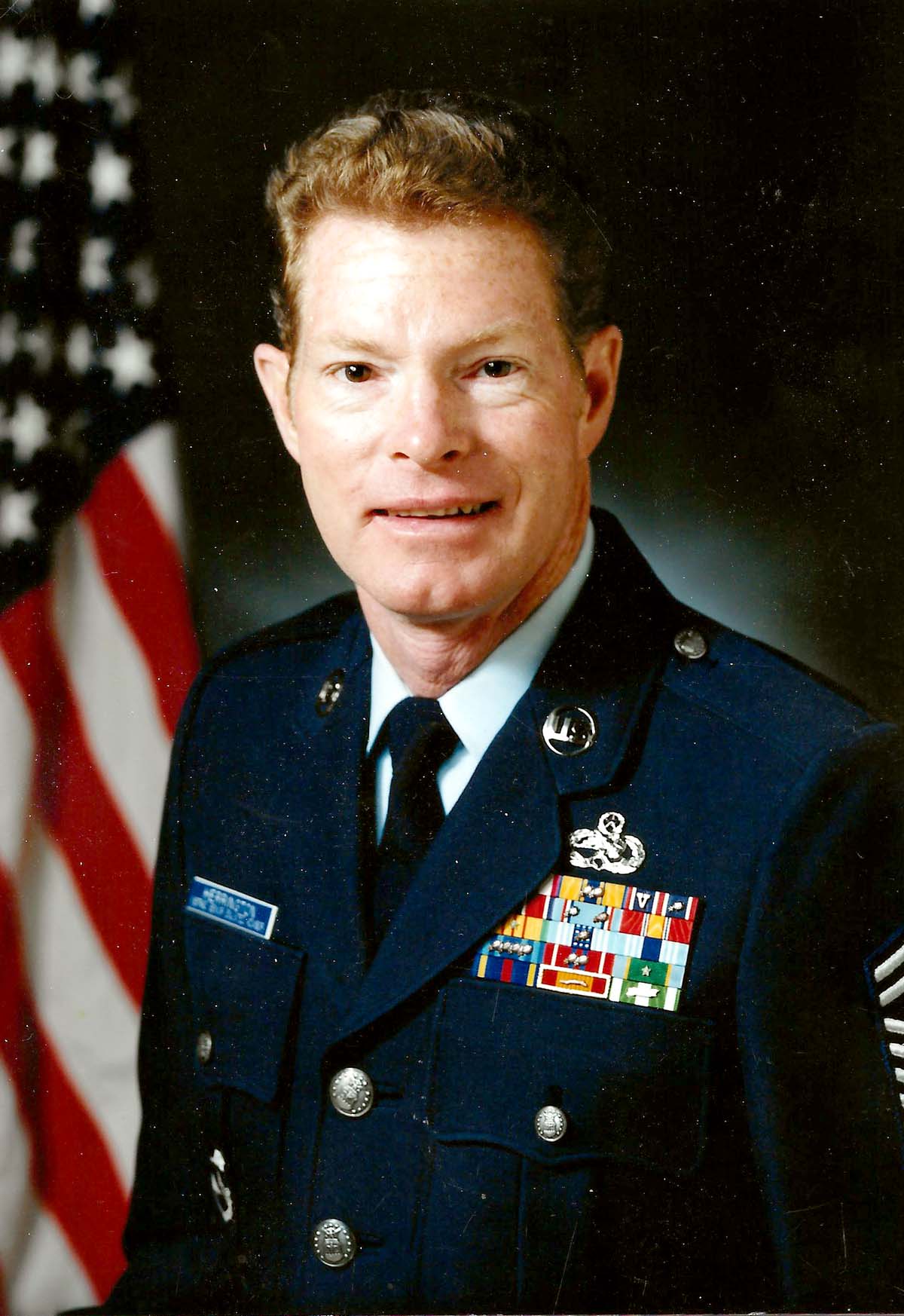 They refer to them as Command Chiefs today, but some 35 years ago at Minot Air Force Base, Bob Herrington was the Senior Enlisted Advisor for the 5th Bomb Wing. “It was the same then as it is today. There were about 1,800 enlisted folks, and I was the liaison between them, the wing and the wing commander.”
Bob first arrived in Minot in 1967 after being stationed in the Philippines in 1966 and 67. At that time, he was mainly working in aircraft maintenance.

After arriving at Minot, Bob would move around to various positions, leaving Minot AFB in 1970. He returned in 1984 and eventually ended up as the Senior Enlisted Advisor in 1988. “It’s a significant position. You represent all of the enlisted folks starting with the first-year Airmen who are here a little lost, cold, and they want to be somewhere else. At the top are the Chief Master Sergeants who are ready to retire and want advice on how and where to go,” according to Bob.
During his tenure in Minot, Bob would meet and marry Pamela Bondly; they have two children, Bob and Sandi, and four grandchildren.

After just one year as the SEA for the 5 BW, Bob transferred to Vandenberg Air Force Base in California, and it was his first experience with missiles, more specifically the Intercontinental Ballistic Missiles common to Minot AFB.
“While I was at Vandenberg, they activated the 20th Air Force which would include six bases. I was Command Chief for the 20th Air Force and responsible for over 6,000 enlisted personnel. My job would be to travel to every one of the six bases each year. I would tour the bases and gain information about each one,” he said.

Bob’s return to Minot AFB in 1984 and subsequent advancement to SEA in 1988 are special memories. “Before I became 5 BW SEA, I was 57th Air Division Maintenance Superintendent in Minot. At the 57th we were over the aircraft wings in Grand Forks, Malmstrom and Minot. I had different positions throughout the Bomb Wing from Branch Superintendent to Maintenance Control Superintendent. I guess I couldn’t keep a job,” he said with a chuckle.
The next stop was Ellsworth Air Force Base in South Dakota, where he would be the Superintendent for the 99th Training Wing and involved in testing and training on the B-1 bombers.

In 1994, Bob retired and he and Pam made Minot their home.
For Bob, retirement was just the end of his active duty career, and certainly not his involvement in the activities at Minot AFB.
As a member of the Military Affairs Committee, Bob serves as the Honorary Commander to Chief Master Sgt. Kacky Crider, current Command Chief of the 91st Missile Wing. He also serves as the Retirees Activity Director for the Minot AFB and volunteers in the 5th Medical Group in the pharmacy. Thursday is normally Bob’s day on base, and he can often be seen visiting the various wings, “Because I really like to know what is going on.”

For Bob, he said his career in the Air Force was excellent. But he is quick to point out that being an Army brat, traveling to many bases when he was young, and later in his 30-year Air Force career, “there just isn’t anywhere else that has the special relationship between the two communities—Minot and Minot Air Force Base—that we have here. I help with the relationship between the First Sergeants on base and the Minot community. I play volleyball with the First Sergeants teams when they take on the Airmen Leadership classes.”

The smile and the now grey hair of Bob Herrington are a familiar icon on Minot Air Force Base. He may see himself as being “nosey,” but the rest of us know he is a wealth of knowledge who deeply cares about each and every one of the personnel who serve their country at Minot AFB.