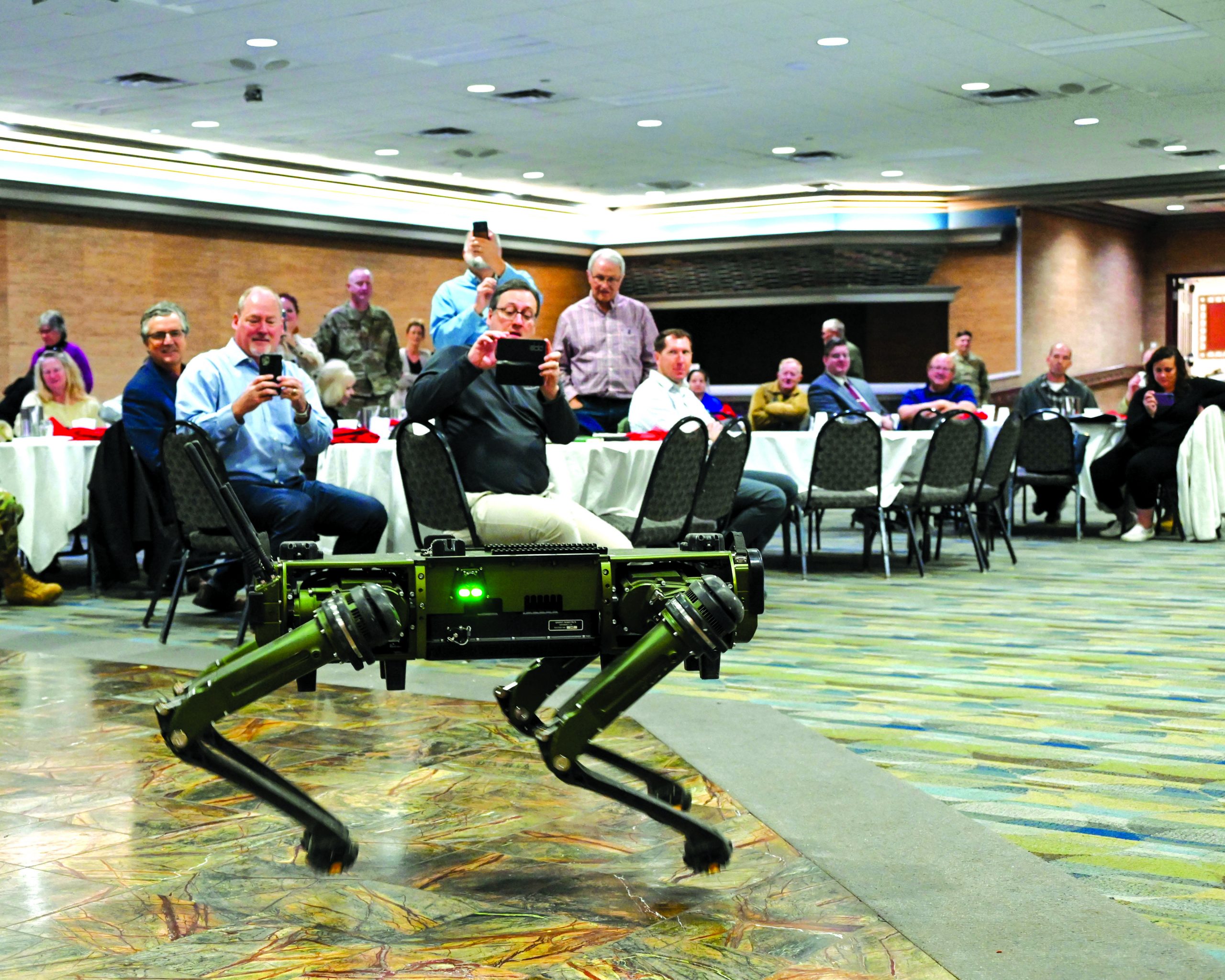 They arrived fashionably late, but when the Robo Dogs, as they are commonly referred to, arrived at the October 6, Military Affairs Committee meeting, they certainly stole the show. The robots, justly named Chappie and Atom, they put on quite a performance for those in attendance.

A buzz went through the crowd when Tech Sgt Dominic Garcia, noncommissioned officer in charge of Emergency Management Plans and Operations and director of Innovation at Minot Air Force Base, announced that those in attendance would not only get a close up demonstration, but would have the opportunity to take control of one of the robo dogs through the control panel. Walk, run, trot, do steps, and even bark; these robo dogs can do it all.

← Prev: We’ve Got the Dish, Meet the Minot Hot Tots Next: A Lot Of Home Cooking… →