We’ve Got the Dish, Meet the Minot Hot Tots 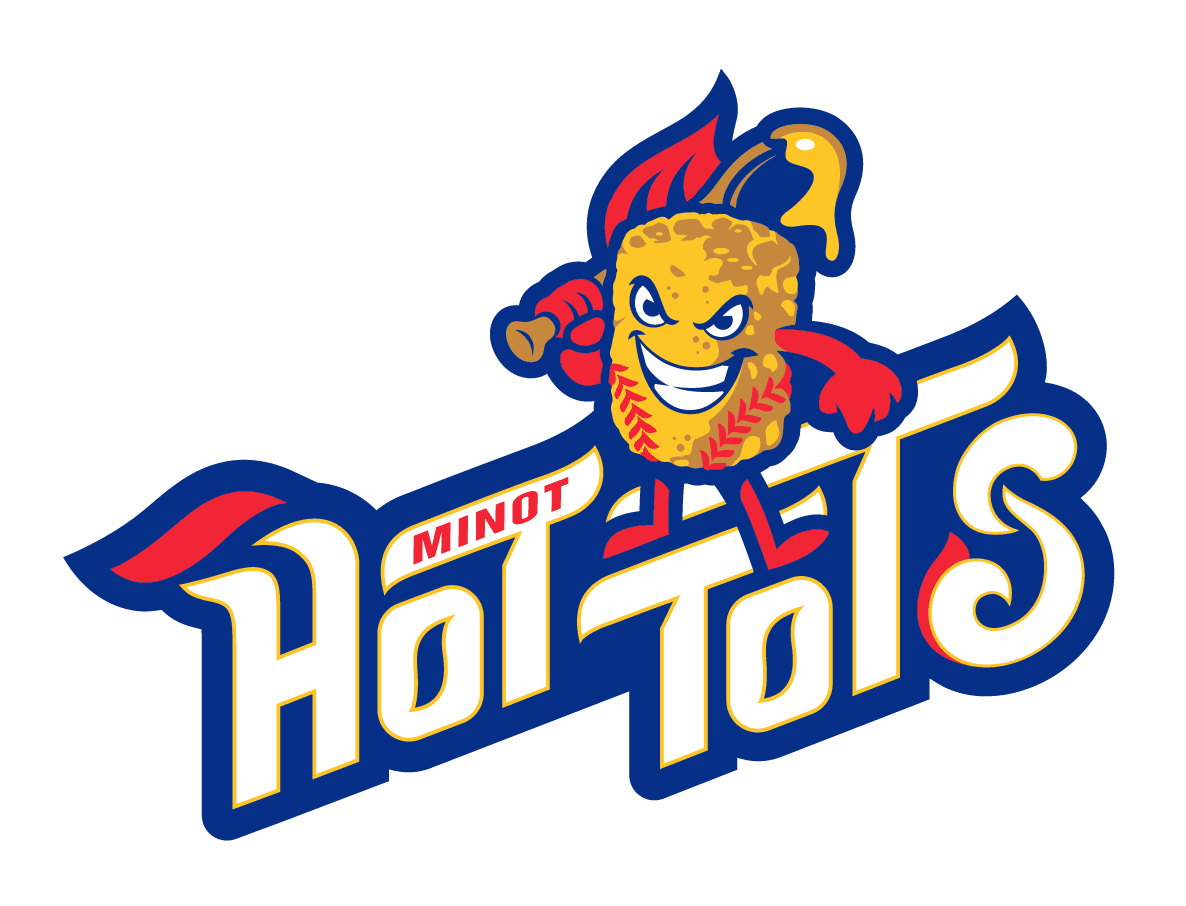 MINOT, ND – The new Northwoods League expansion team hosted a public event on Thursday, October 20, at Corbett Field to announce their official team name. The Magic City has spoken, and after beating out the other 4 finalists, The Minot Hot Tots will be bringing the heat for their inaugural season in 2023!

The team is named after a North Dakota staple, tater-tot hotdish. Not only is tater-tot hotdish one of the most popular dishes in North Dakota, but it is also said that the word “hotdish’’ comes from the Norwegian word “varmrett”, which translates to “warm dish”. The name ties back perfectly to Minot’s heritage and is something relatable to people in the community.

“We are all about food, family, fun, and bringing people together,” said Monica Blake, Minot Hot Tots General Manager, and Managing Partner.

The new team logo features a tater-tot cartoon figure holding a baseball bat behind his back that doubles as a serving spoon that has just scooped up some cheesy tater-tot hotdish. The primary team colors are red, blue, and yellow. Some North Dakotans might recognize these colors together, as they are the same colors as the North Dakota state flag.

During the event, the team revealed three secondary logos as well. One of those logos features the same tater-tot figure standing in a pan of hotdish that is shaped like home plate. This is a nod to the popular nickname for home plate, the dish.
Fans can check out the rest of the logos on the team’s website, hottotsbaseball.com. Logo credit can be given to John Worthen of Worthen Design – http://www.worthendesign.com/.

Fans that attended the event received first access to the Hot Tots’ new 5-Game Membership Plan. Fans that take part in the Hot Tots Family Memberships are able to claim the best seats to the best games, including in-state rival, the Bismarck Larks, while enjoying all-you-can-eat food, exclusive giveaways, and early access to team events and promotions.
Fans can learn more about tickets, the team, working at the ballpark, hosting a player, becoming a sponsor, and more by visiting hottotsbaseball.com.

← Prev: A View From Our Side: Memories From When I Was A Kid Next: Robo Dogs Impress at MAC Lunch →