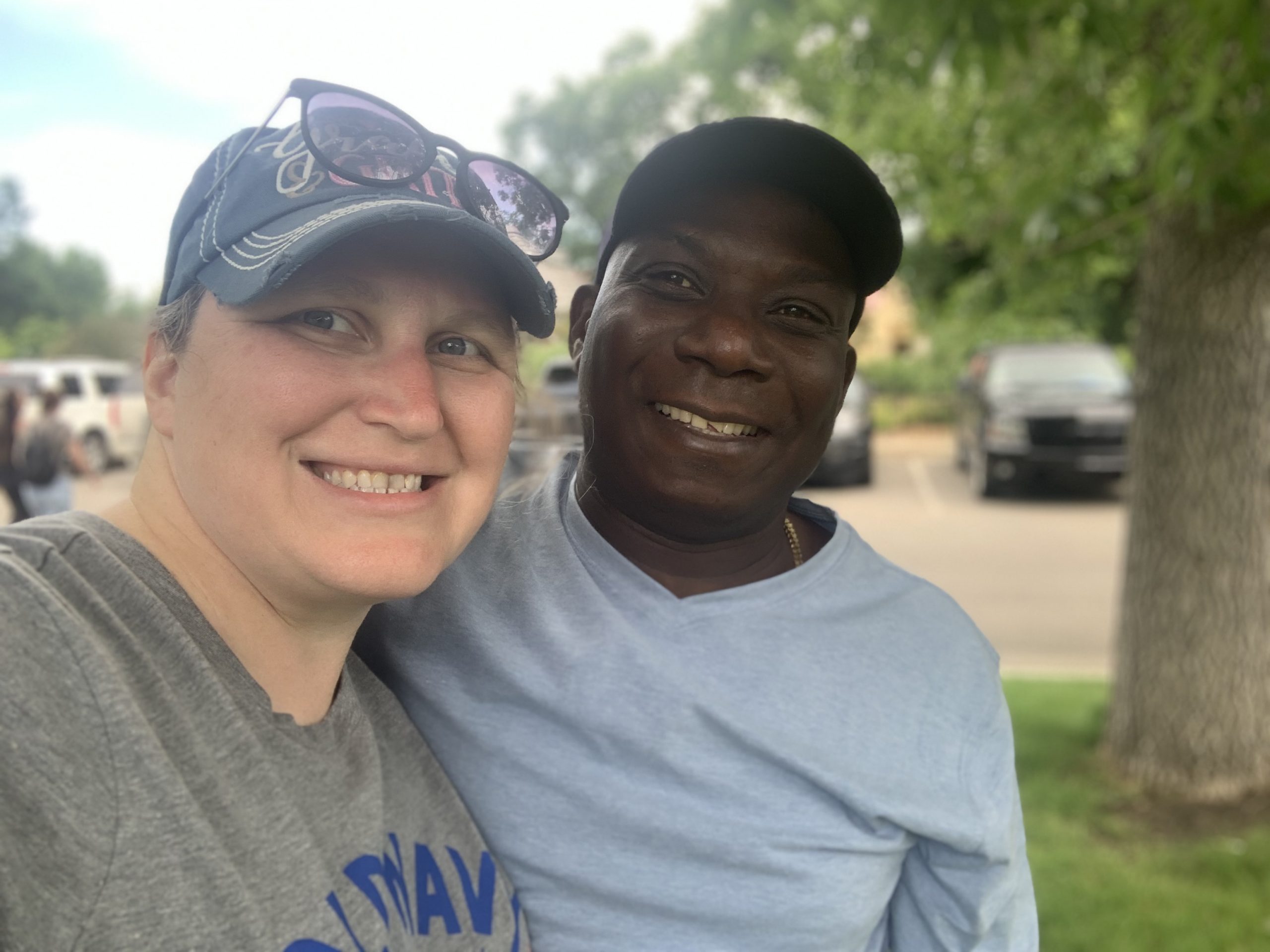 Walk up to Steve Lindsay and ask him where he learned to cook the entrées at Jamaican Vybz, and he answers, “my Mom”. Turn to Heidi Lindsay, Steve’s wife, and partner in Jamaican Vybz, and ask her the same question, where did you learn to make kneophla soup, and she proudly answers “it’s my Mom’s recipe, I just add a little jerk seasoning.”
Kneophla soup may not seem to fit into the Jamaican themed restaurant, “but everyone who tries it, loves it” according to Heidi.

There are no permanent menus at Jamaican Vybz, there is a white board that displays the specials of the day. Kneophla soup is on the menu every day, “but what we have everyday changes according to how I feel” says Steve. “We pretty much have pasta and chicken on the menu, but what the combinations are, I decide in the morning.”

Arriving at 5:00 a.m. to begin the day, Steve will use meat that has been seasoned for 24 hours and then will take up to three hours to cook. One of the most popular entrées is the Jerk Chicken with rice, red beans, and vegetables. “Replace chicken with pork and you have a completely different meal” according to Steve. One of the unique specialty meats is Oxtail. “We have it on our menu on Fridays and Saturdays until it sells out” according to Heidi.

Steve was born in Jamaica and moved to New York in 2006. Eventually he made his way to Minot, and it was there that he met Heidi “at the Walmart chicken counter” laugh Heidi. As Jamaican as Steve is, Heidi is 100% Midwest, having grown up in Minot. “Steve’s Mom taught him how to cook right at a tender, young age, and so did my Mom. Eventually we will have some of those Christmas types of baking here. My Mom did a majority of her baking at Christmas, and so I learned to make all of the candies and holiday goodies.”

In their 12 years of marriage, the Lindays have been entrepreneurs. “In 2015 we started S & H Janitorial” Heidi says, “but right now we just can’t find people to work.” So, their interest turned to a food truck that they bought in January of 2022. Heidi’s Mom would struggle and loose the battle to COVID, which slowed the debut of the Jamaican Vybz Kitchen Food Truck, “but we got it going in May.” The Lindsays were conservative at first, but soon found themselves doubling and eventually tripling the amount of food they prepared. “We’d go to events and be out of food in 2-3 hours and have people standing in line to order.”

So, the decision was made to look for a permanent restaurant spot for Jamaican Vybz Kitchen, and soon they signed a lease for a space in Main Medical Building, which is across the street from Trinity Hospital and just up the street from what will be the new Minot City Hall.
“We’re hoping that the employees and visitors at the new city hall will be regular customers of ours” according to Heidi.
Once the weather gets a little colder, there will some additions to the menu, like Mylo, a caffeinated Jamaican hot chocolate, and of course some of those Christmas delicacies from Heidi’s kitchen.

← Prev: Robo Dogs Impress at MAC Lunch Next: Domestic Violence and What to Do About It →