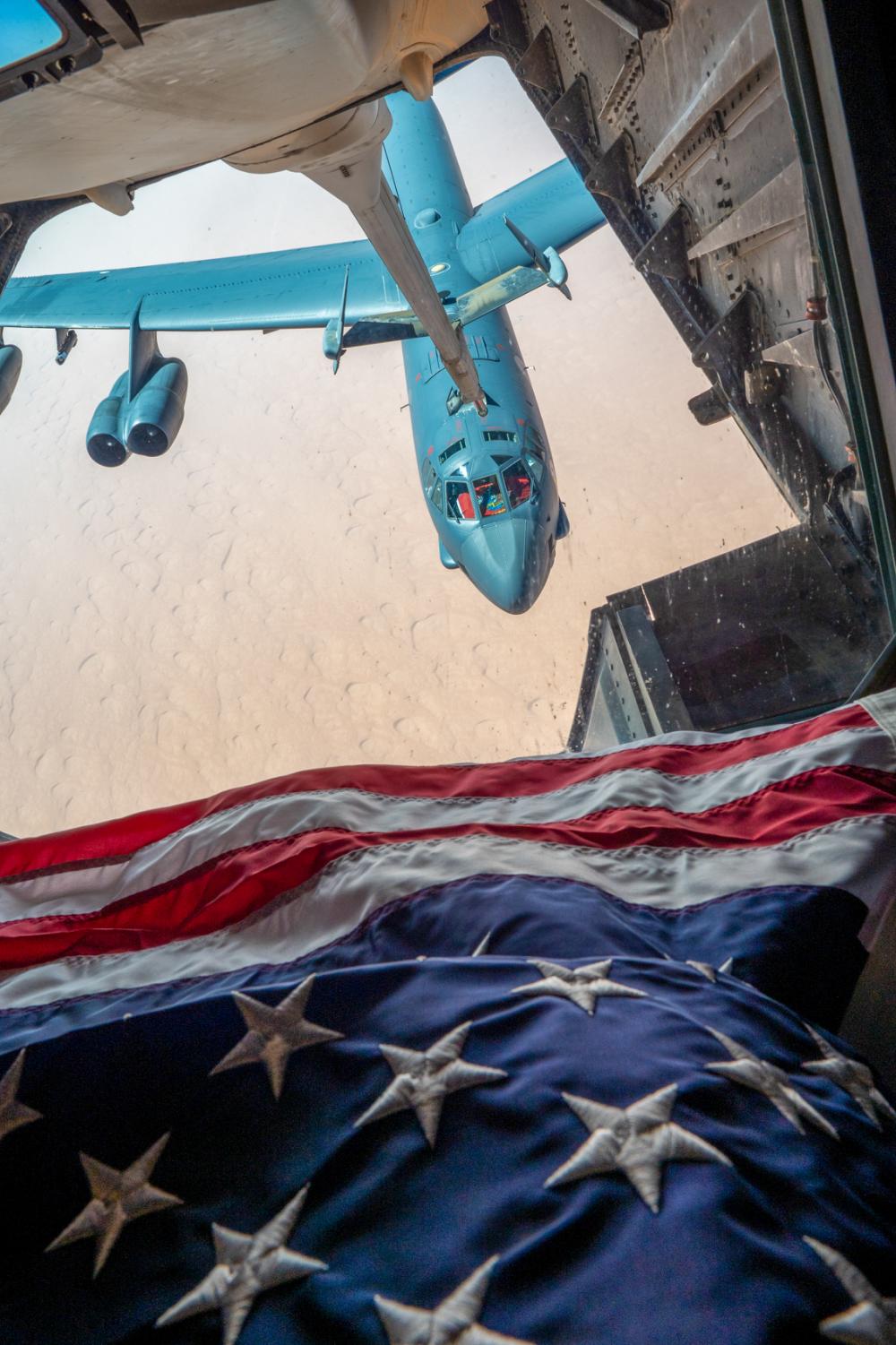 “This Bomber Task Force is a strong, clear representation of enduring U.S. commitment to the region,” said Lt. Gen. Alexus Grynkewich, 9th Air Force (Air Forces Central) commander. “In addition to maintaining a sufficient, sustainable force posture, AFCENT is able—in concert with our partners—to rapidly inject overwhelming combat power into the region on demand. Threats to the U.S. and our partners will not go unanswered. Missions like this BTF showcase our ability to combine forces to deter and, if necessary, defeat our adversaries.”

“Communication is critical,” said Wong, who also serves as the Deputy Director of Combat Operations, Combined Air Operations Center. “By enhancing lines of communication, we are able to establish a clear and direct line in real time amongst the Air Operations Centers of all nations participating. This allows us to work towards a common goal and leads to mission success.”

In addition to the air integration during the BTF, units from Army Central simulated firepower from the ground. This collaboration allowed Army and Air Force entities to practice safe and effective joint fires employment. The U.S. does not seek conflict but continues to be postured and committed to respond to any contingency in the USCENTCOM AOR.

“This kind of operation demonstrates the collective capabilities of the military partnership we’ve developed in the Middle East,” said Army GEN Michael “Erik” Kurilla, Commander of USCENTCOM. “We have the ability to put a significant measure of combat power in the air alongside our partners very quickly. We can do the same on the ground and at sea.”
The last Bomber Task Force mission in the Middle East was in June 2022. CENTCOM has facilitated four BTF missions in 2022 as a demonstration of U.S. commitment to our partners and the peaceful stability in the region.