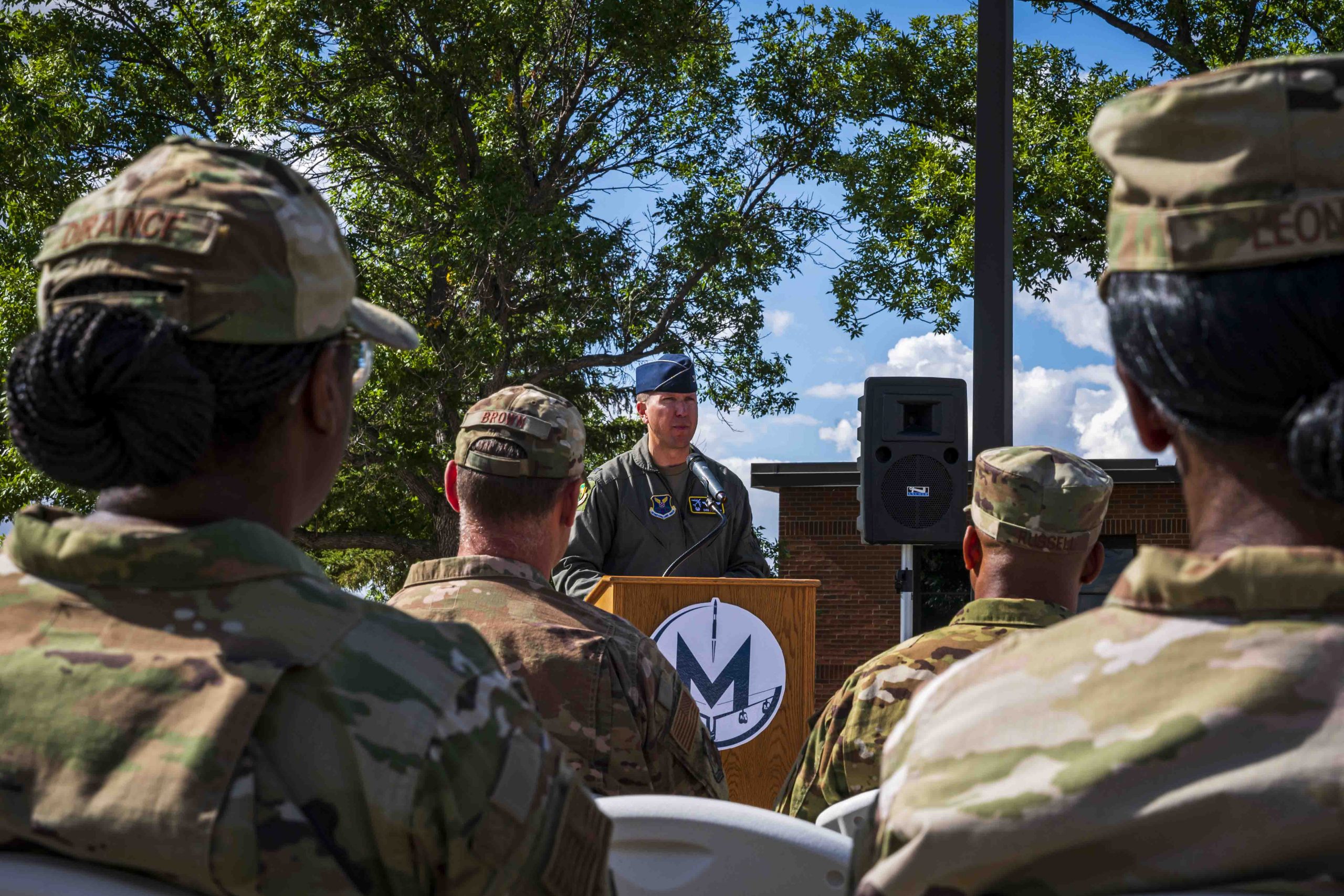 MINOT AIR FORCE BASE, N.D.—
The ceremony was a part of a daylong event in honor of 9/11 Remembrance Day. As a part of the ceremony firefighters, security forces and medical personnel assembled in formation to honor the heroes from that day.

“As mentioned before, many of you here joined after the events of Sept 11th,” said Hoadley. “I’m proud to serve alongside brave Americans who raised their hand to serve knowing we were at war during a critical time of our history. Today we will continue to honor those we lost and keep our promise to never forget.”

The 5th Civil Engineer Squadron hosted this year’s 9/11 Remembrance Day events. The day’s events also included a stair climb and name reading of the 343 firefighters who lost their lives that day.
Each participant paid tribute to a New York City Fire Department firefighter by climbing up a hill or walking the equivalent of the 110 stories of the World Trade Center. Each individual tribute not only remembers the sacrifice of an FDNY firefighter, but also symbolically represents their heroic journey to save others.

Through participation in these events, attendees ensured each of the firefighters lost during 9/11 were honored and that the world knows that they will never forget the nearly 3,000 men and women who lost their lives 21 years ago.
When the north tower was struck at 8:46 a.m., first responders began responding to ground zero. They established command and control, aided evacuations, and began treating the injured, while also beginning their last stair climb into both the north and south world trade center towers. Within an hour of the north tower being struck it began to collapse and within 10 it fell.

“To quote President Abraham Lincoln’s Gettysburg address, ‘It rather for us to be here dedicated to the great task remaining before us that from these honored dead we take increased commitment to the cause for which they gave the last full measure of devotion,’” Hoadley said.

← Prev: US, partners conduct Middle East BTF through air, land and sea Next: Cinderella Boutique: Happily Ever After Does Exist →