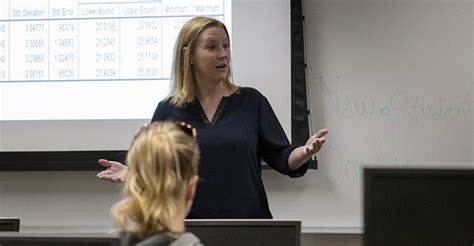 How is a military spouse defined? A mil spouse is someone married to a military member. While that is correct by definition, what does that mean as far as expectations? Tradition dictates that mil spouses supported their spouse. That support has changed over the years. So what defines the ‘modern’ military spouse then? That definition is vast and wavering in today’s society. The mil spouse has evolved into both male and female, working and staying at home, involved and distant. To represent just one of the varied types of military spouses in today’s society, as well as on Minot AFB, is Mary Evans, spouse of CMSgt Tori Jones, Command Chief of the 5th Bomb Wing.

Mary Evans is a proud mil spouse. This reporter got a true sense of loyalty, love and devotion in the demeanor of the way Mary talked about her spouse and the Air Force. Because Mary and Tori have been married for three years, yet CMSgt Jones has been in her AD career for over 20, Mary’s new spouse perspective was refreshing. While Mary admitted that while she hasn’t experienced the long arduous mil spouse lifestyle, she believes she has just as much to offer, but from a different viewpoint.

Mary is a professor and has her PhD in Criminology and Criminal Justice. She said, “I teach students that want to become police officers, correctional officers, victim advocates, or students that may want to go to law school.” Currently, Mary has allowed a unique approach on how to do both her unofficial duties as a senior leadership AF spouse as well as fulfill her own career. Mary commutes almost every week, back and forth to her job at University of Northern Colorado. She teaches in person classes in Greenly, Colorado Tuesdays through Thursdays, and then flies back to be with CMSgt Jones in Minot for long weekends. Mary was previously able to teach her classes online because of Covid regulations, but in the push to get back into the physical classroom Mary actually ended up resigning her professor position in order to follow her spouse around the country. The university soon found themselves wanting Mary back, so they worked together to come up with a unique arrangement. While this flying back and forth just began this school year, Mary is optimistic of this opportunity to fulfill her spouse and career aspirations.

Even though she currently maintains her well-earned career, Mary said she was ready to put it on hold while CMSgt Jones pursued her path because the military lifestyle only lasted so long. She said, “I just want to support her. Her time is finite, and my time is not. And for her to have potentially nine more years to serve…I want her to serve 30 years if that’s what she wants to do.” Mary did mention the interesting new world of the military that she has had to jump into and learn all about. She admitted that she is anxious to learn all about the customs, acronyms and lifestyle of the military. She said living on base sometimes reminds her of a college campus even, except you live besides your students. When asked about what she thinks of the unspoken expectations of spouses, specifically high leadership spouses, Mary reflected that although the AF can’t dictate the spouses to do anything specifically, ( thanks to the Blue Ribbon Panel investigation in 1988) there is a seemingly understood list of duties she is expected to fulfill. Things like being an advisor for the base Spouses’ Club, or being at her spouse’s side at community events and attending functions. These obligations, although not negative in nature, are part of the military lifestyle for high ranking members and part of the tradition of the military. Even though military spouses’ traditional roles may be changing with the times in some ways, Mary says she thinks the role of the leadership spouses will always be intact whether spoken or not. She lovingly admitted that military members still need the support and commitment from their spouses, and she is willing to do just that in her unique way. She encourages other spouses to find ways to support their spouse and themselves by thinking outside the box.

Mary realized that she was able to establish her career and work many years before she joined this military lifestyle, but many mil spouses don’t get that opportunity, especially if they marry young and move frequently. But she is a huge supporter of people getting their education and working to find their path, whatever that may be. Working in academia has taught her that there are some fields of expertise that can be easily transferred and some that can’t. She recommends that spouses who want a solid career and want to maintain their mil spouse commitments focus on jobs or careers that transfer well. Things like nursing, teaching and some paraprofessional medical roles like speech therapist are good learning paths. Both Mary and her spouse have worked to find their way ahead that works for them, even if commuting to another state weekly is a bit unconventional.

Mary’s down-to-earth attitude and honest emotions proved that she is just another spouse trying to work this world out. She said she loves working with mil spouses and offering advice to those who have educational questions. She is looking to start a new program on base called “Talk with a Professor” in which Airmen and dependents alike could come and talk to her about how or what kind of education to pursue. She loves giving advice and has years of experience on her side. While the program is still in its infancy, Mary encourages spouses to get out and do something. Whether it be education, workout classes, book club or playdates for kids, simply getting out of the house, beyond yourself and finding friends is the key to having a happier military lifestyle. Mary, like and unlike so many military spouses, continues to find innovative ways to balance AF spouse life as well as work life and will continue to take things one assignment at a time. The role of the military spouse is ever changing and looks different for everyone. But one thing will never change: the role of military spouse will always be valuable within the Air Force.

← Prev: You Can be a Woman Who Explores Too! Next: US, partners conduct Middle East BTF through air, land and sea →