Five to Seven Minutes Can Make A Difference 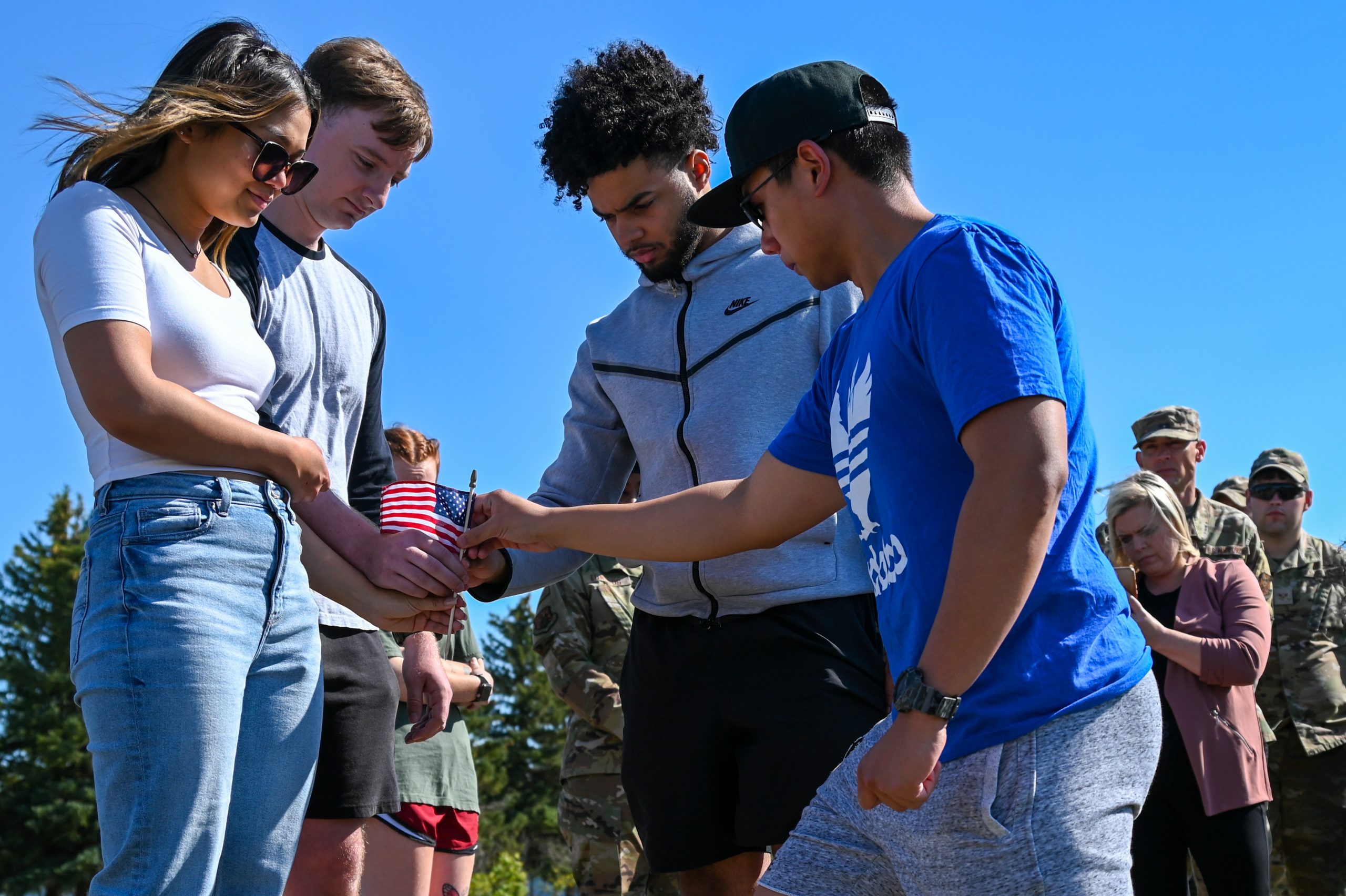 Members from the 5th Logistics Readiness Squadron prepare to place a flag during the Suicide Prevention and Awareness Flag Placing Ceremony Sept. 1, 2022 at Minot Air Force Base, North Dakota. The LRS members placed the last flag in remembrance of an Airman who was lost to suicide. (U.S. Air Force photo by Senior Airman Zachary Wright)

They may be small reminders, but each and every one of the 329 American flags had meaning. At the recently held Suicide Prevention and Awareness Flag Placing Ceremony at Minot Air Force Base, flags were placed in memory of members of the Department of Defense who completed suicide. “Last year we had three or four people show up” according to Laurel Grams, a clinical social worker “and this year we had between 115 and 120 at the ceremony. That truly means a lot. It means people care.”

The Last Flag
The last of the flags was placed by members of the LRS (Logistic Readiness Squadron) in memory of a member of Team Minot who was lost to suicide last year. “There were two Airmen from Minot lost in a very short time last winter. We want to remember them” according to Grams.

September Is National Suicide Prevention & Awareness Month
September 1 was an appropriate day for the Flag Placing Ceremony, as it was the first day of September, a month to educate the public on Suicide Prevention and Awareness. “Members of the military who at highest risk for suicide are under the age of 30, and more than likely had recently encountered a loss of relationship, had financial difficulties or there were pending administration actions against them” according to Grams.
In 2020 580 service members completed suicide “but the numbers were extremely high because of COVID” Gram continues. That number included 109 Airmen, Air Force Reservists and Air National Guard members. The numbers were lower for 2021 “we were hoping for lower numbers in 2021.”

Go SLO Event
Another activity held on Minot Air Force Base was a Suicide Is Preventable-Go SLO Event. “We are able to hand out gun locks at no cost and remind people that SLO is important in preventing suicide with firearms” reminded Grams. Go SLO is a weapons Safety Strategy that gives people time, five to seven minutes is normally what is needed, to re-consider and prevent a suicide. Go SLO…Safes-Locks-Outside the Home.”
Free gun locks are available to all military and civilian members courtesy of The Air Force initiative.

Other Events Planned
On September 28, there will be a Storyteller Event held at the Minot AFB Theater. According to Gram “We’ve had them in the past and they were well received. Stories that are shared are about critical health issues, addiction, and sexual assault. This event will be focused strictly on suicide. Each story will be connected to suicide. Minot Air Force Base has had several losses. And this year especially we need to acknowledge the two losses that Minot had. Too often the events get pushed under the rug. We need to let people know it happens right here, but with awareness it is preventable.”

← Prev: She's Not From Around Here: NoDak Bar Culture and a Perfect Bar Recipe Next: You Can be a Woman Who Explores Too! →