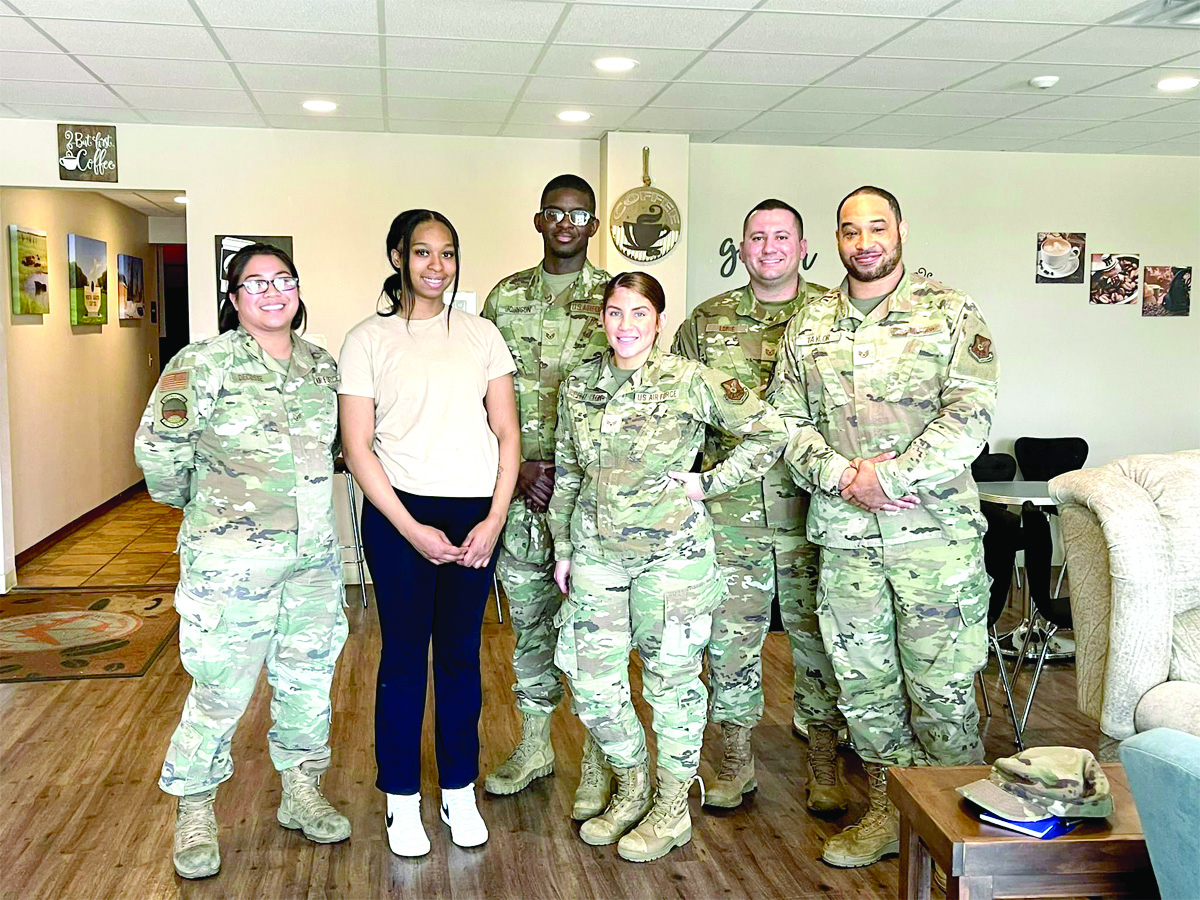 TSgt Jamie Johnson is from Albany, Georgia, and he joined the military before his 21st birthday “Which automatically made me the DD (designate driver)” according to Johnson. Now, eight years later, he finds himself as the President of the AADD (Airman Against Drunk Driving) Governing Council, a position he will hold for at least two years, or maybe more. “It all depends on where they send me. If they PCS me out of Minot. If I stay and am re-elected, I could possibly serve as President for another two years”.

There are approximately 10 AADD volunteers every weekend, which means 40 volunteers are needed per month. AADD is in operation every Thursday, Friday, and Saturday from 9 PM to 2 AM, “and on average we give between 10 and 15 rides in that time, but it can be a lot more. We have had one Airmen call in for a ride and find out that there is an entire squadron waiting to get a ride home from AADD. So now instead of one driver, we need five or six” says Johnson.
Normally there are six volunteers on call, three male and three female, to take the AADD calls.
Recently, the Northern Sentry has been working with local businesses to provide perks to the AADD drivers. On The Run convenience stores has pledged eight $10.00 gas cards per weekend to help defray the cost of gas for the volunteers. “We want to support the military in any way we can. We have several locations, and we know that they certainly give back to us with their business,” according to Heidi Newbury, Head of Communications at On The Run. “It has made recruitment of volunteers much easier” according to Johnson, “the Northern Sentry has been a great help.”

In addition, the Northern Sentry has secured Minotauros tickets, car washes from Magic City Car Wash and even $100 in gift cards from The Spot and Downtown Minot. “It’s a great way to show support” according to Northern Sentry owner Ted Bolton “we want them to come downtown and know that they have a secure ride home” says Sherry McGlaughlin, owner of The Spot. It was McLaughlin and Bolton that went bar to bar distributing cards and posters with the AADD number on them to encourage enlisted military to be safe, rather than sorry.

Keeping DUI’s to a minimum is a hard task, but constant reminders like the electronic signs outside of the main gates of MAFB keep track of the number of days since the last DUI. During his time at Minot AFB, John Jesziorske was in charge of changing the number on the signs and was happy when “we hit 30 days. You realize that is over a month without a DUI! We know that it can be done if everyone does their part.”

For TSgt Johnson, being the President of AADD means he is “All in man. If they can’t get through on the AADD number, they can call my personal cell phone and I’ll give them a ride.”
There are several community sponsors of AADD “but we can always use more” according to Bolton. Right now, we have SRT providing the telephone line at no charge, On The Run providing the gas cards, The Spot and Downtown Minot with gift cards, the Minotauros with game tickets and our most recent sponsor, Magic City Car Wash” says Bolton “It pretty rewarding when local businesses jump on the bandwagon and help!”

And for AADD, there’s always a need for more volunteers. “It pretty simple” according to TSgt Johnson “we just want to get them home safely.”