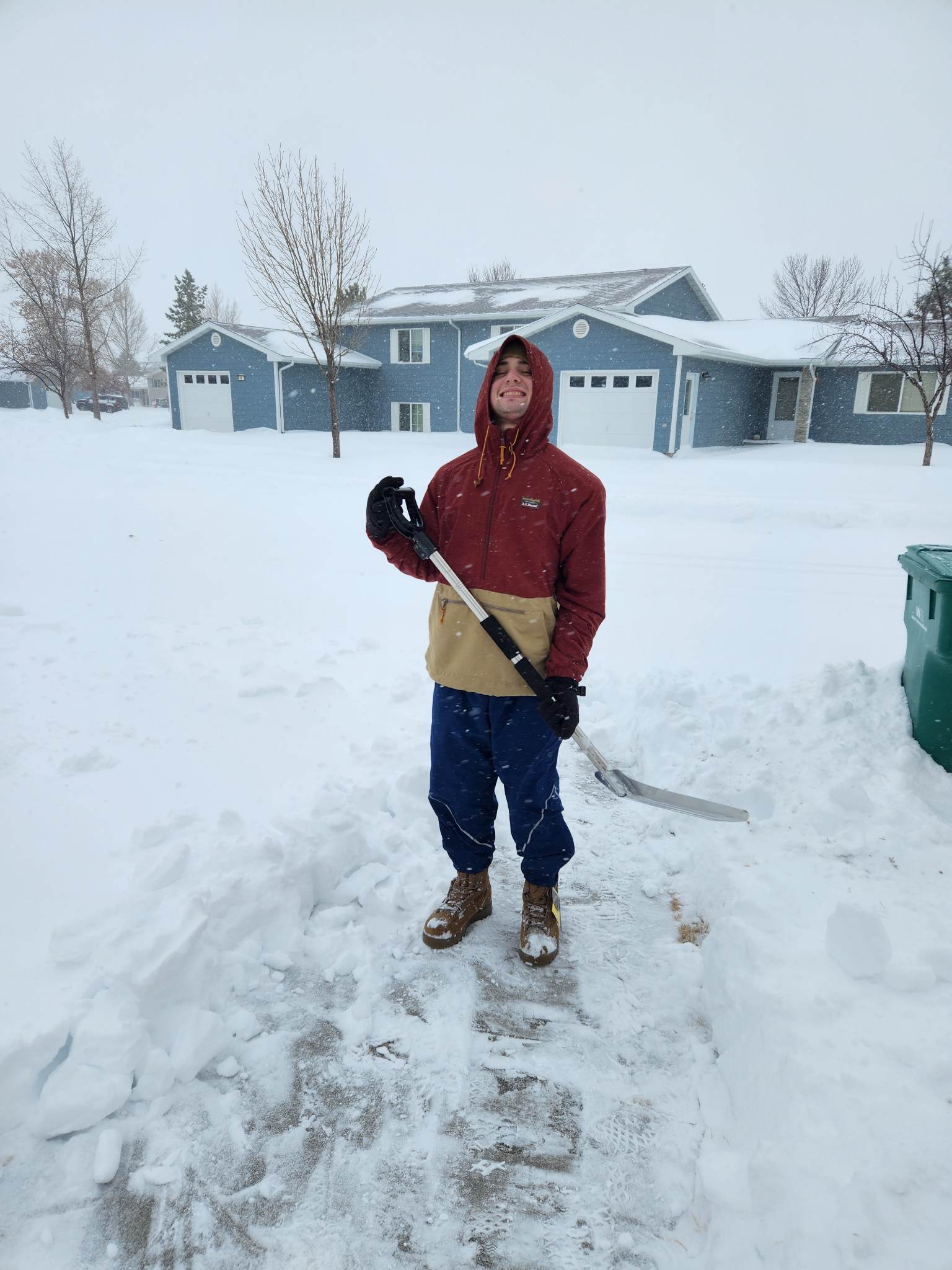 The Minot winters can be known for their absolute ruthlessness and almost suffocating bitterness. But those words describe the temperatures, not the spirit of one Minot AFB Airman. SrA Jacob Willette, 791st Missile Security Forces Squadron, proved that although temperatures plummet, there is still room for kindness and selfless hard work. During the blizzard which befell Minot AFB in December 2022, and which issued a stay at home order for many Airmen, Willette decided to use his time at home for others instead of himself.

Willette grew up in Maine and would often spend winter days shoveling his and his elder neighbors’ driveways with his brother. As a recent transplant to Minot, he said it felt only natural to get out there and do the same when the blizzard hit. He said, “I wanted to make an impact and do something good.” Willette, whose wife recently had a baby, was able to shovel out the two feet of snow in their own relatively short driveway on base. He thought about all the other spouses with young kids with husbands either deployed or stuck in the missile field that were simply not able to physically shovel their driveways and he knew he could offer some way to help.

With his wife’s blessing, Willette then posted on social media and various base family Facebook pages about his snow shoveling services available. He noted that the charge was $20 per driveaway, but asked people to pay what they could as he planned to donate all the proceeds to charity anyway. He said that a lot of requests came in, but he prioritized the ones who were unable to or were alone to take care of first. With the huge snow drifts and continuous snow, every driveway took hours. At the end 2 ½ days, Willette had shoveled 11 driveways working for over 25 hours total. He also managed to break three snow shovels in the process and made several trips to the store to get new ones.

When it was all said and done, Willette raised $350 for the Air Force Aid Society (AFAS). He was motivated to donate to this particular charity because he had previously been a beneficiary of the Falcon Loan, which AFAS organizes, when he was stationed in England and needed some extra funds to help cover moving expenses. He explained that this loan helped him and his family out when they needed it and he was able to repay the loan over time out of his regular paycheck. Because of the care he received from AFAS, he wanted to give back to a place that helped him in his time of need to pay it forward to others.

Although it ended up being a little more back-breaking work than he originally anticipated, Willette said he plans on offering his services again to those who need it if Minot receives another snowstorm. Willette wanted to say a special thank-you to all those who donated generously to this cause. He said that some people went above and beyond with their donations and he is truly awed and grateful.