Upside Down Under: The forgotten Sioux tribes… 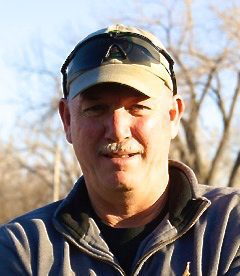 During the 1860s the Civil War took priority for nearly all Americans. It tore the nation apart for the better part of four years and left wounds that lasted for decades.

But the Civil War wasn’t the only history happening at that time. Dakota Territory was established in 1861 with scattered military forts to protect settlers and the Great Sioux Uprising took place in 1862.
More than a decade later, on June 25, 1876, the Battle of the Little Bighorn unfolded, which remains one of the most analyzed battles in American military history.

About a year after wandering around Montana following the Battle of Little Bighorn, Sitting Bull and 5,000 of his followers crossed the 49th Parallel, setting up camps at Cyprus Hills, near present day Medicine Hat, Alberta, and Wood Mountain, halfway between present day Glasgow, Montana and Moose Jaw, Saskatchewan.

Sitting Bull’s people were destitute and hungry and they became the responsibility of the Canadian government. The Northwest Mounted Police closely watched both encampments.

By 1881, however, Sitting Bull and 187 of his followers returned to the United States and surrendered “at Fort Buford, Montana.” This is a mistake in some history books. The surrender took place at Ford Buford, which was in Dakota Territory, near Williston, not Montana. It is within walking distance of the Montana state line, but is located in present-day North Dakota.

In 1895, Sitting Bull was killed by Indian police on the Standing Rock Reservation near Fort Yates, but many of his followers remained in Canada. During the same time period, many of the Minnesota Sioux fled across the border and settled just west of Fort Garry, which is now Winnipeg’s west end, as well as at Portage La Prairie.

College courses, books, including “The Last Days of the Sioux Nation, and lectures have all examined the Sioux tribes and their plight against the United States government. But little is known, even in Canada, about the Sioux tribal members who remained there after Sitting Bull’s surrender and subsequent death.

In fact, Canada’s National History Society describes Canadian Sioux today as the least studied of all Sioux groups.
The reason may or may not be legitimate, but perhaps has to do with population. There are approximately 40,000 Sioux living in North Dakota, South Dakota, Minnesota and Iowa, with approximately another 40,000 scattered throughout the United States.

Statistics Canada points out there are approximately 10,000 Sioux in Canada and nearly all, descendants of Sitting Bull’s tribe and the Minnesota Sioux, live on eight reserves in Manitoba and Saskatchewan.

The Four Sioux reservations (called reserves in Canada) in Saskatchewan today include:
1.) Round Plain is near Prince Albert. This reserve is populated by all four tribes of Dakota Sioux, but is predominately Sisseton.
2.) White Cap, formerly called Moose Woods, is near Dundurn. This reserve is populated by the Sisseton and is located approximately 30 miles south of Saskatoon.
3.) Standing Buffalo is near Fort Qu’Appelle. And like White Cap, the reserve is predominately Sisseton, but there are some Wahpekute as well.
4.) Wood Mountain is near the community of Wood Mountain, which is between Moose Jaw and the U.S. border. The majority of Sioux on this reserve are direct descendants of Sitting Bull’s Hunkpapa Sioux.

The Four Sioux reserves in Manitoba today include:
1.) Birdtail is near the town of Birtle, near Minnedosa. The majority of Sioux on this reserve are Mdewakantons, but there are also a few Yanktonai.
2.) Sioux Valley (formerly Oak River) is near the town of Oak Lake, 30 miles west of Brandon. This reserve is mostly populated by Sisseton and Wahpeton but there are many Mdewakantons as well.
3.) Oak Lake is near Pipestone. The reserve is predominately Yanktonai. Birdtail and Oak Lake are the only two populated by Yanktonai.
4.) Long Plain is near the city of Portage La Prairie. This reserve is not solely Sioux, but is mostly made up of Sisseton and Wahpeton.

This tribal migration northward actually began following the War of 1812 when many Sioux sought protection with the British government. It continued back and forth until about the time of World War I when most had settled down and became farmers and ranchers on the Canadian prairie.

← Prev: Nine Things to do on Base (During the Winter) Next: She's Not From Around Here: Northern Hospitality →