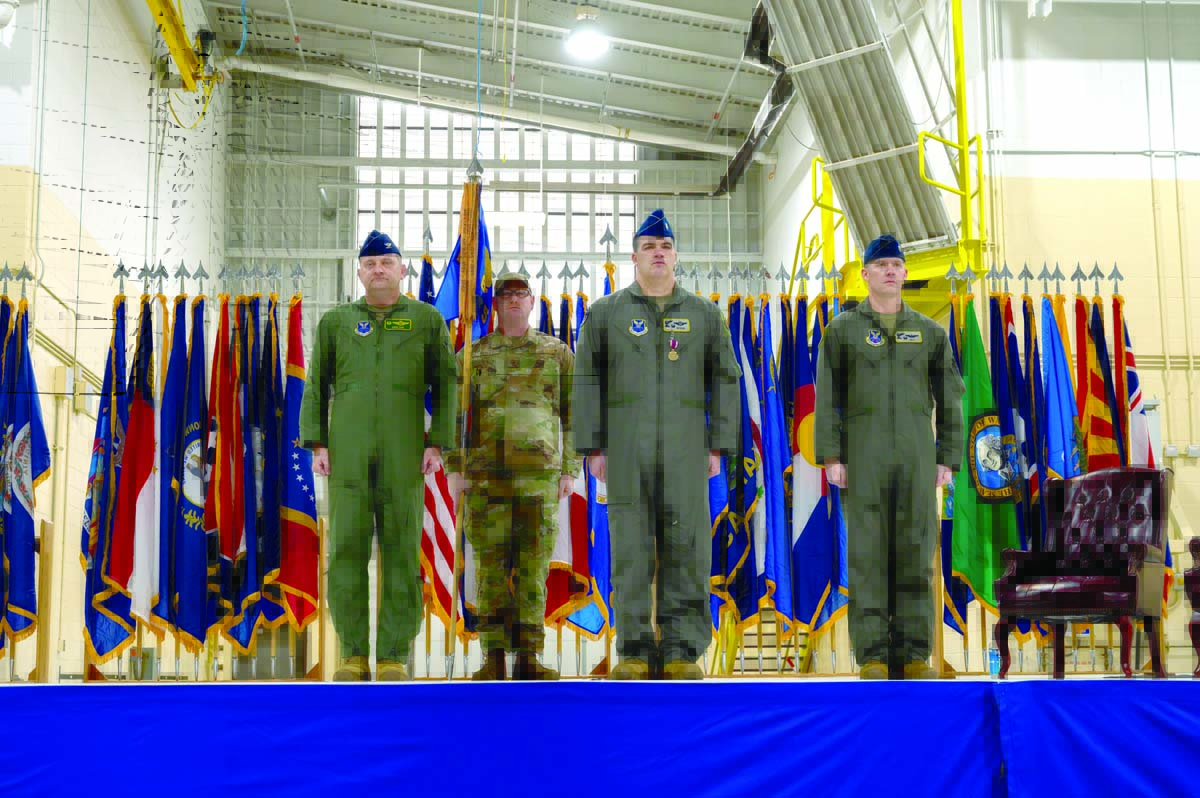 MINOT AIR FORCE BASE, N.D. – Lt. Col. Brandon Wheeler assumed command of the 69th Bomb Squadron from Lt. Col. Bryson Ayers during a change of command ceremony at Minot Air Force Base, North Dakota, on December 2, 2022.
Those in attendance included families of both commanders, support staff, and the Knighthawks of the 69th BS.

“Today has been 16 years in the making, and I’m incredibly grateful for this opportunity,” said Wheeler. “I cannot understate my excitement to be rejoining the squadron as the first Knighthawk to return as a commander.”

The 69th BS lineage predates World War II, originally called the 69th Bombardment Squadron in 1941. After going through multiple iterations, being stood down in 1946 and 1993, Wheeler joined the squadron in 2009 when it was reinstated as the 69th Bomb Squadron.

Ayers’s leadership will ensure the 69th BS will be mission ready for years to come. With two years at Team Minot, Ayers’s experience will be utilized to its fullest potential as the 5th Operations Group deputy commander.
Ayers said he was truly blessed to have led such a fine squadron.

“I am extremely grateful to have worked with such phenomenal Airmen,” said Ayers. “I am certain with Lt. Col. Wheeler taking the reins, the mission focus and morale of the Fightin’ Knighthawks will continue to be elite.”