Where are the Airplanes Going? 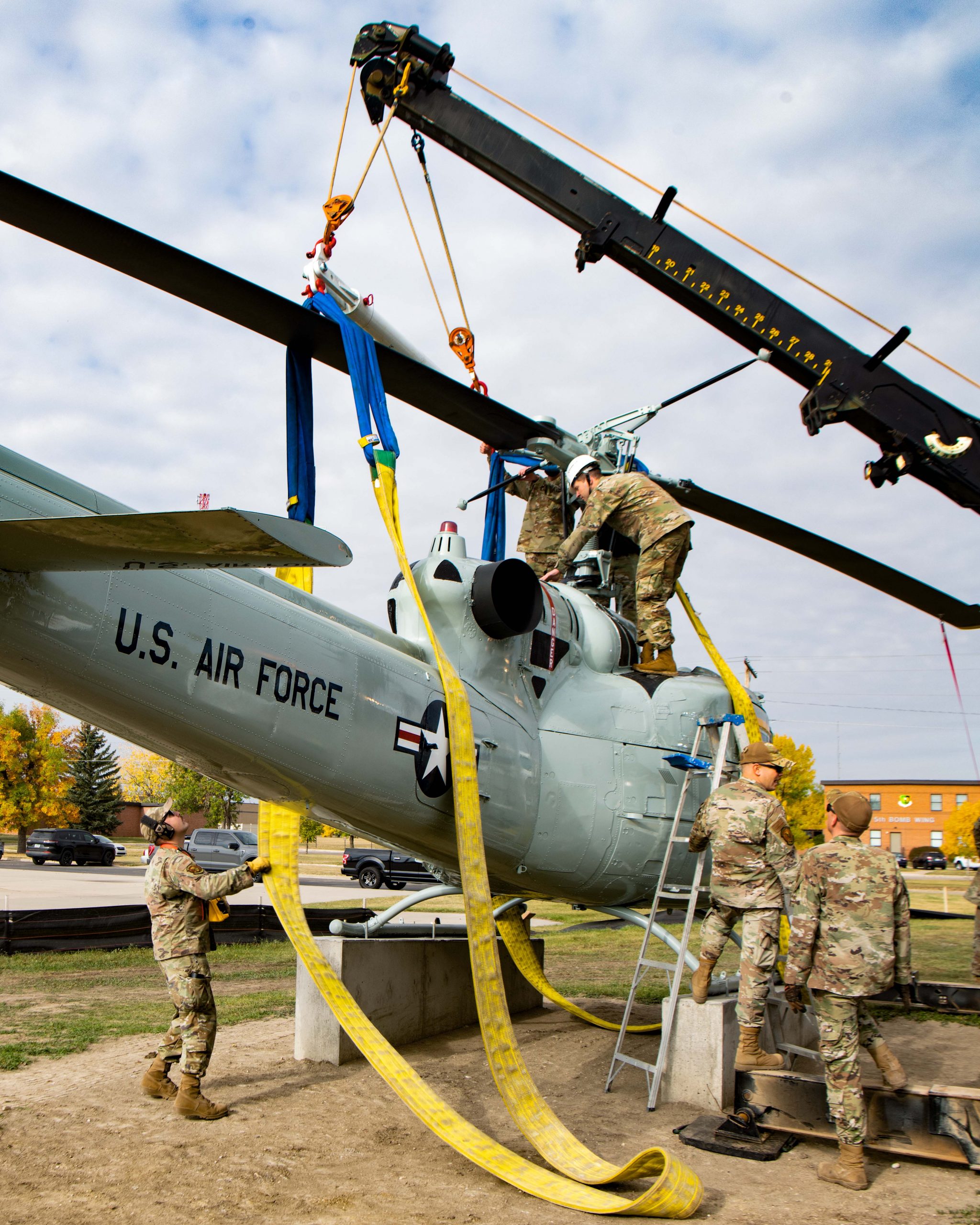 While living and working on an Air Force base, people get used to seeing planes zoom overhead and hearing the sounds of engines roaring in the early mornings. But this week patrons of the base were greeted with airplanes not in the sky, but rolling down Missile Ave on cranes and convoys.

Some of the base’s airplane static displays were being moved to a new conceptual “Air Park” at the corner of Missile Ave and Summit Drive. MSgt Jason Kopenhafer of the 5th Bomb Wing’s Inspector General office addressed some questions regarding the new park. He explained that the goal of the new park is to gather ten aircraft in the same area to build “heritage and pride” at Minot AFB. Even though the park is not projected to be finished until 2025, Kopenhafer described the finished park saying it would include sidewalks, pavilions and attractive landscaping incorporated into the already existing adjacent parade grounds.

He also mentioned that a dynamic and attractive star will be implemented into the design. Because the movement and construction of the new park is being handled completely by military personnel, not contractors, most of the work on the park will cease over the winter months. Kopenhafer mentioned that the T-38 and T-33 are amongst the next phase of static displays to be moved into the park next year. Even though expectations for a complete park are still years away, base residents can witness the evolution of the air park as they drive in and out of the base main gate.

← Prev: Together With Veterans Introduces New Program Next: Upside Down Under: A model of cooperation… →