Minot Area “celebrities” will be dancing for your dollars 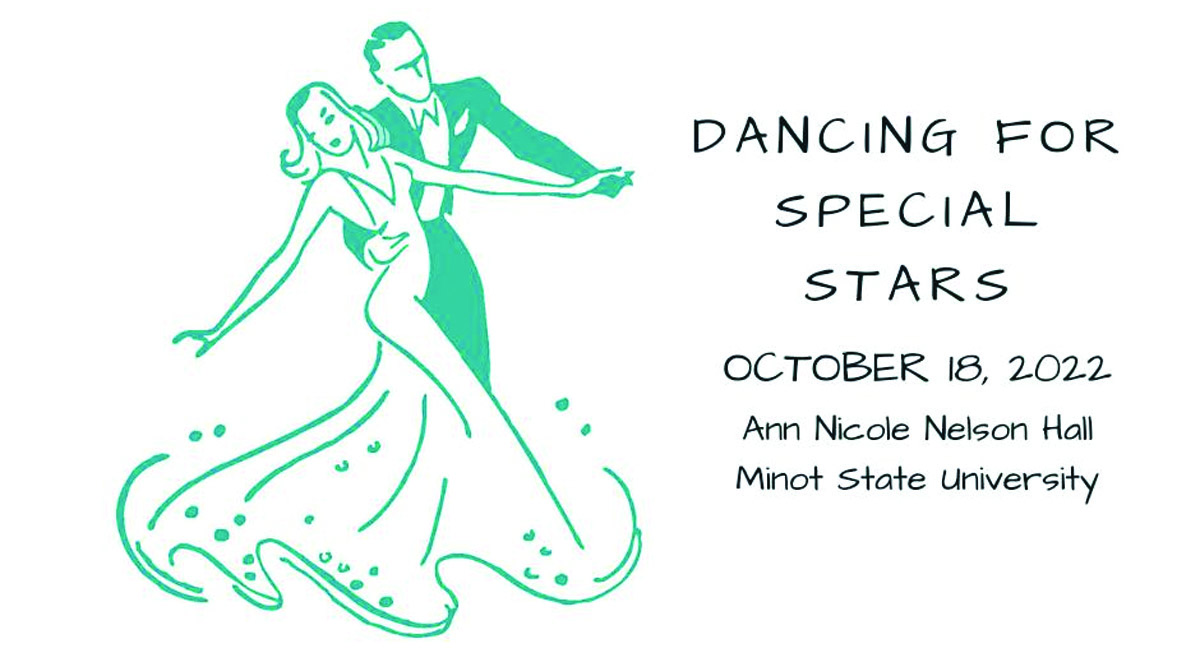 Special Olympics fundraiser patterned after “Dancing with the Stars”

You may know them as a major league umpire, school administrator, university basketball coach, marketing executive, or one of many other professions but soon you’ll have an opportunity to discover something new about a group of area community members: can they dance?

The 7th annual “Dancing for Special Stars,” will be held Tuesday, October 18, at Ann Nicole Nelson Hall on the campus of Minot State University. A reception in McFarland Gallery begins at 6:15 along with a silent auction, followed by the contest at 7 p.m., and a “Meet and Greet the Dancers” after the show.

This Special Olympics fundraising event has paired area celebrities with dance instructors in a contest patterned after the popular “Dancing with the Stars” television program. Each couple will perform a dance of their choice. Audience members will cast their votes for their favorite couple(s) with their checkbooks. Every dollar donated, including those used to purchase admission tickets, count as a point, and the couple with the most points will be declared the winner. At the end of the evening, the Mirror Ball Trophy winning couple will be announced.

“We are extremely excited to be able to hold this event again in Minot. Dancing for Special Stars is truly a wonderful fundraiser for Special Olympics North Dakota,” said Nancy Hanson, SOND President/CEO. “It is an evening filled with lively entertainment from Minot’s very own local celebrities. Just as on television, there are opportunities to vote for the best dance couple with winners crowned at the end of the evening. We will also be showcasing some very talented individuals in our specialty acts. There is so much talent in Minot, this is an event to mark on your calendars to attend.”

The event is sponsored in part by The Landing Bar & Bottle Shop, Arney’s 2.0, Magic City Lions, and Kemmet Dental Design.

Ticket Info
Tickets are $25 and may be purchased in advance by calling SOND at 701-746-0331, online at specialolympicsnd.org or purchased at the door. Campus parking is open and free to the public for the event.

← Prev: Preparing for Winter Bussing Next: She's Not From Around Here: A casseroler’s take on life in hot dish territory →