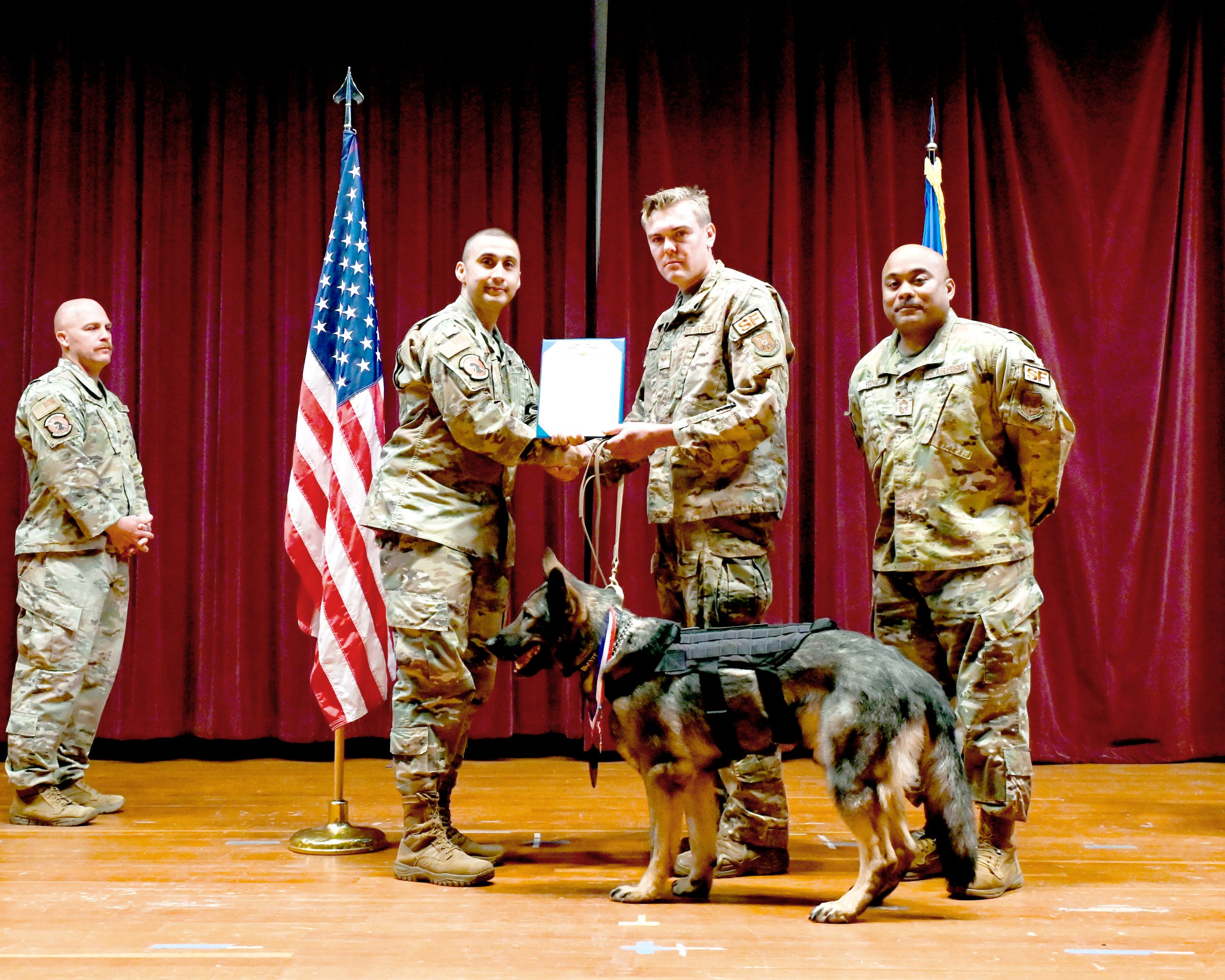 Senior Airmen Ryan Gutshall accepts the Meritorius Service Award given to Deny X294 at a recent retirement ceremony at Minot Air Force Base, North Dakota. Gutshall has adopted Deny and both will move to Texas. See page A3 for more coverage. U.S. Air Force Photos I Minot AFB PA

With a service history of over nine years, including seven years at Minot Air Force Base, Deny has ended his career and now will retire to a good home, one that knows him well. Senior Airmen Ryan Gutshall has been part of Deny’s life for the past two and a half years, including eight months of deployment in Afghanistan where “we were together 24/7” according to Gutshall.
It is Ryan Gutshall who will adopt Deny, and together they will be moving to Lackland AFB, except now Deny will no longer be part of the K9 corps.

“Deny is being medically retired” according to Gutshall. “The past nine years he has been trained and expected to find bombs. He has been living on base in the kennels, but now all of that is going to change, and it’s going to be a bit difficult.”
Deny, by nature, is protective of his trainer. “He is not over aggressive, but he will check you out and get to know you” continues Gutshall “yeah, he’s really a pretty mellow dog.”

Unlike K9 units in Minot, Deny did not leave work when his trainer did. “We don’t take them home at the end of the day, so he won’t have all the other dogs around him anymore either.”
Deny’s retirement was certainly bittersweet for both dog and trainer. “Sure, it was a happy day, but I’m not going to lie, I have never cried so much in my life” continues Gutshall.

So X294, a K9 trained to sniff out explosives, will enter the civilian sector and going forward will be Deny, partner and friend of SrA Ryan Gutshall. It’s a storybook ending for both Deny and Ryan.