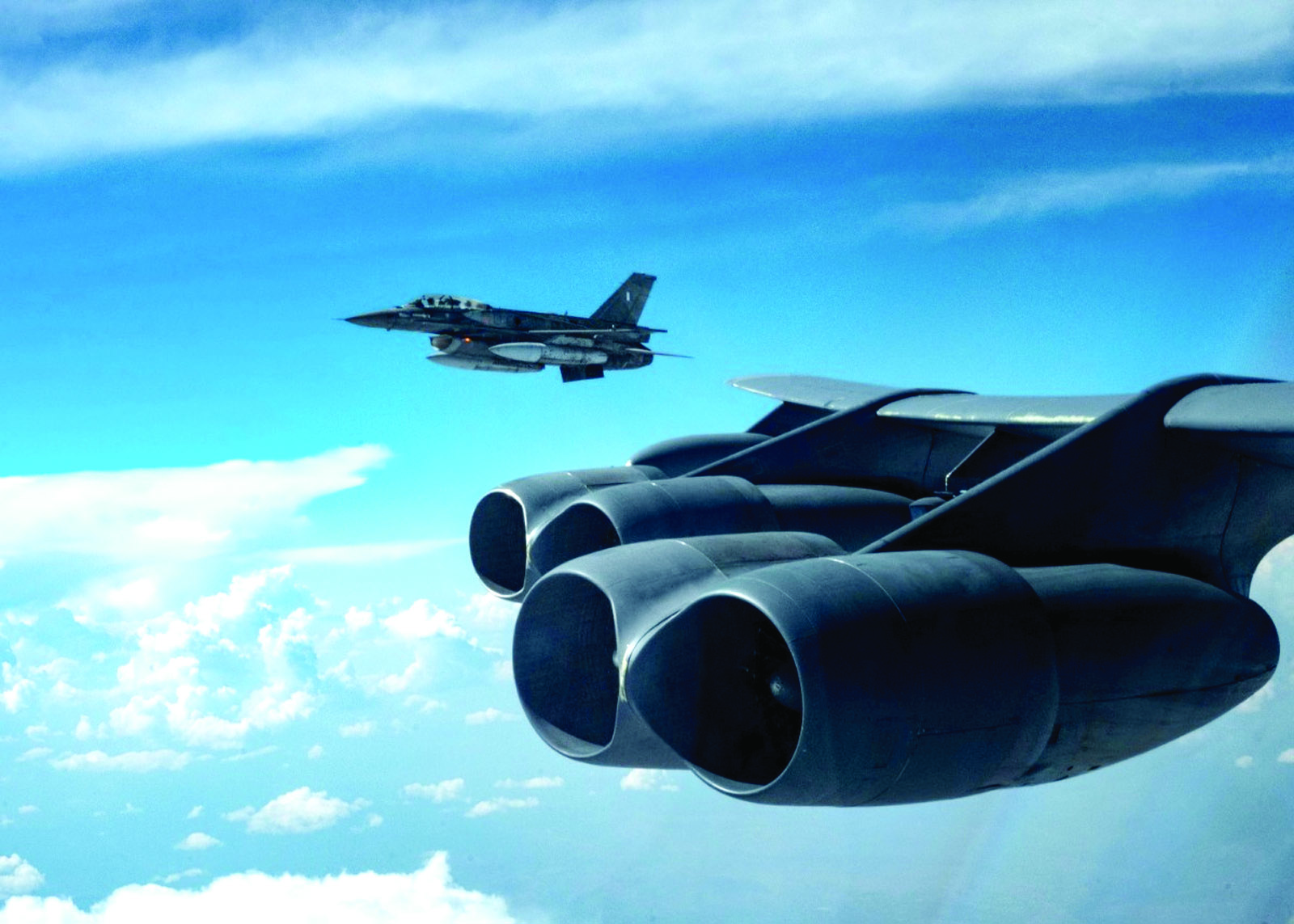 U.S. B-52s came under NATO command and control for the first time ever during a Bomber Task Force training mission over Romania working out offensive and defensive manoeuvres with Allied fighters. Photo courtesy of US Air Force. U.S. Air Force Photo

RAMSTEIN, Germany – U.S. B-52s came under NATO command and control for the first time ever during a Bomber Task Force training mission over Romania working out offensive and defensive manoeuvres with Allied fighters.

The Allied aircraft from Canada, Romania and France practiced fighter-bomber escort procedures and bi-lateral communication on the long-range mission flying from the United Kingdom to Romania and the Black Sea Region. Then the aircraft conducted a range of simulated offensive strikes and defensive manoeuvres to support flying training objectives and interoperability between Allied aircraft and crews. The bomber aircraft came under command and control of NATO’s Combined Operations Centres Torrejón and Uedem for the duration of the mission.
“Bringing U.S. bombers under the command and control of NATO entities creates the necessary opportunity to build our lines of trust and cohesion,” said General James B. Hecker, Commander of NATO’s Allied Air Command and U.S. Air Forces in Europe – Air Forces Africa. “We’re providing advanced capabilities and readiness enhancing activities across the Euro-Atlantic Area while creating flexible and agile options for bombers should they need to respond to any changes in the operational environment,” he added.

Bomber Task Force (BTF) missions enhance the readiness and training necessary to respond to any potential crisis or challenge across the globe. BTF mission offer unique opportunities for Allies and Partners to strengthen collective deterrence and security throughout the region.

← Prev: Best Bases in the Air Force: Joint Base Pearl Harbor Hickam Next: Taking A Few Minutes to Care →