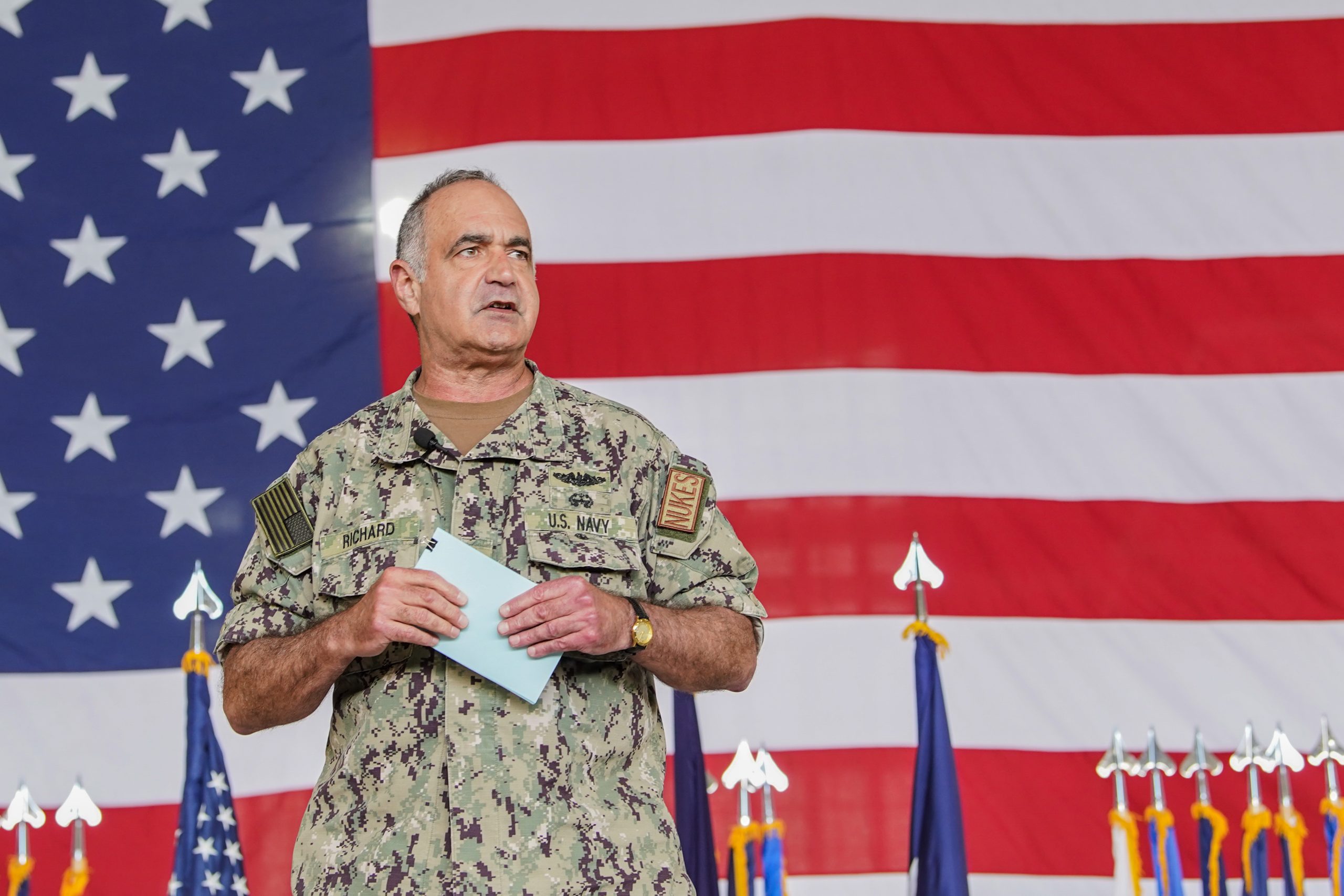 During his visit, Adm. Richard met with Minot AFB leaders to discuss the Team Minot mission amongst both wings. Additionally, he addressed members of Team Minot during an all call where he discussed and stressed the importance of the nuclear triad.

“I came up from Omaha [Nebraska] to tell you and to make sure you know how important it is what you do for national defense,” Adm. Richard expressed to Team Minot Airmen during an all call.

“The question I have asked, and you should ask is, ‘What is it that the United States uniquely provides to our allies?’” Adm. Richard asked Team Minot Airmen. “The answer is simple. Here at Minot AFB you house two of the three legs of the nuclear triad. Which means you provide significant extended deterrence and assurance commitments to our allies.”

While on base, Adm. Richard visited the 5th Bomb Wing headquarters, 91st Missile Wing headquarters, as well as other stops to interact with Airmen. He also praised Team Minot’s readiness highlighting their capability to achieve global reach at a moment’s notice. The Airmen who make up the 5th Bomb Wing and 91st Missile Wing work day in and day out to safeguard the United States and its allies.