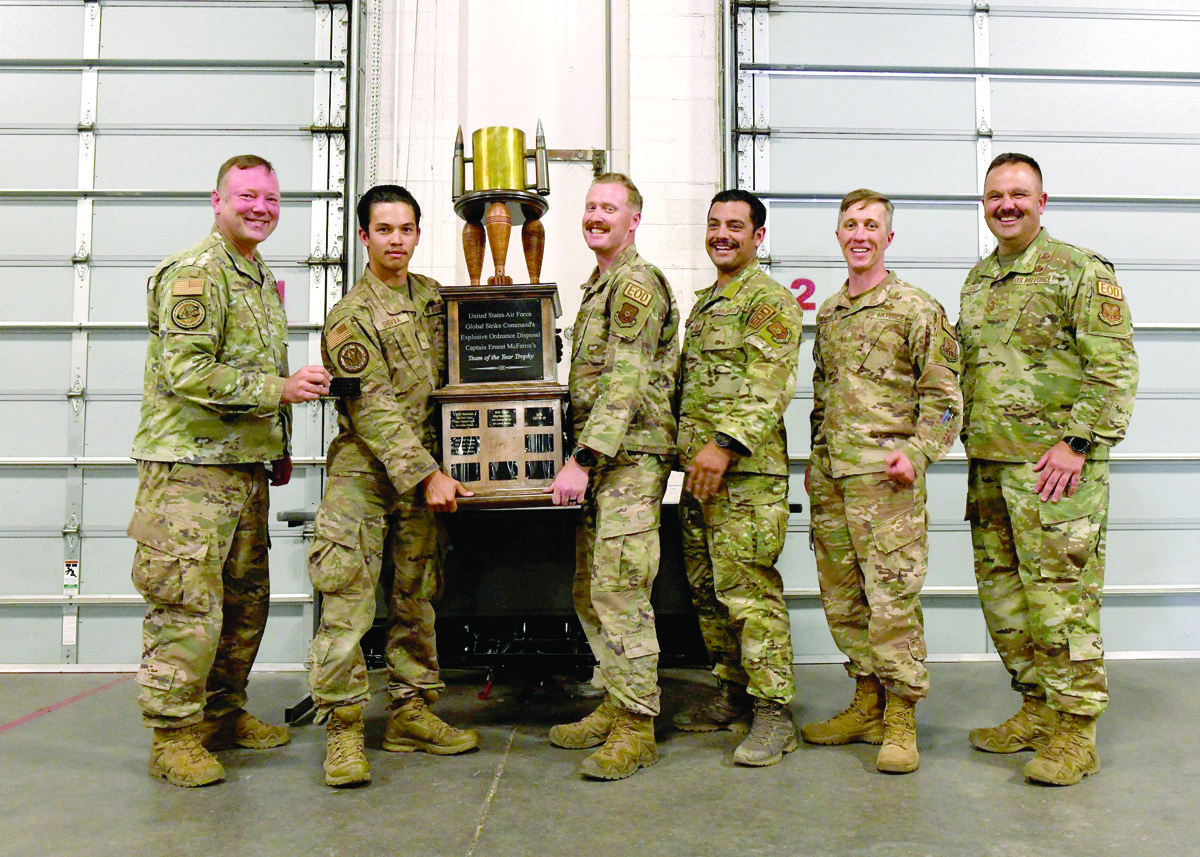 MINOT AIR FORCE BASE, N.D. —
The Minot Air Force Base 5th Civil Engineer Squadron Explosive Ordnance Disposal Team competed at the Air Force Global Strike Command EOD Team of the Year competition on June 26th, 2022 at F.E. Warren Air Force Base, Wyoming. The team was tested on a number of skills, skills that range from safe practices to bomb disposal.

EOD Airmen are trained to detect, disarm, and dispose of explosive threats in some of the most inhospitable environments while being assigned to some of the most dangerous missions. EOD members must be well trained and disciplined this is why training events like these are beneficial. It allows them to learn and teach one another in the tight-knit EOD community.

“Anything safety related, you could lose a lot of points for and I think sometimes that gets glossed over in peoples’ training and that was something that for us, we make sure that we hit hard on it. So it just comes as second nature,” said Senior Airman Zachery Denig, 5th CES EOD team.

While explosive disposal is one component to the job, maintaining safety first andforemost is the backbone to a successful EOD team.
After a stellar performance, Minot’s EOD team won AFGSC EOD Team of the Year and went on to compete at the Air Force level of the competition. Although the team did not achieve victory at the Air Force level, the skills that were learned and improved on will be taken back to their shop to create a stronger team.

When asked about what this win meant to him, Senior Airman Benjamin Sherva from 5th CE EOD said that it was confirmation of the training they received and being able to share that training with other EOD member makes for a even stronger team.

EOD Airmen are some of the bravest in the Air Force by doing what is needed to keep others safe and guarantee a mission’s success. EOD technicians train hard and competitions like these keep the teams at the top of their game. With the AFGSC EOD Team of the Year win, Minot AFB proves why Only The Best Come North.