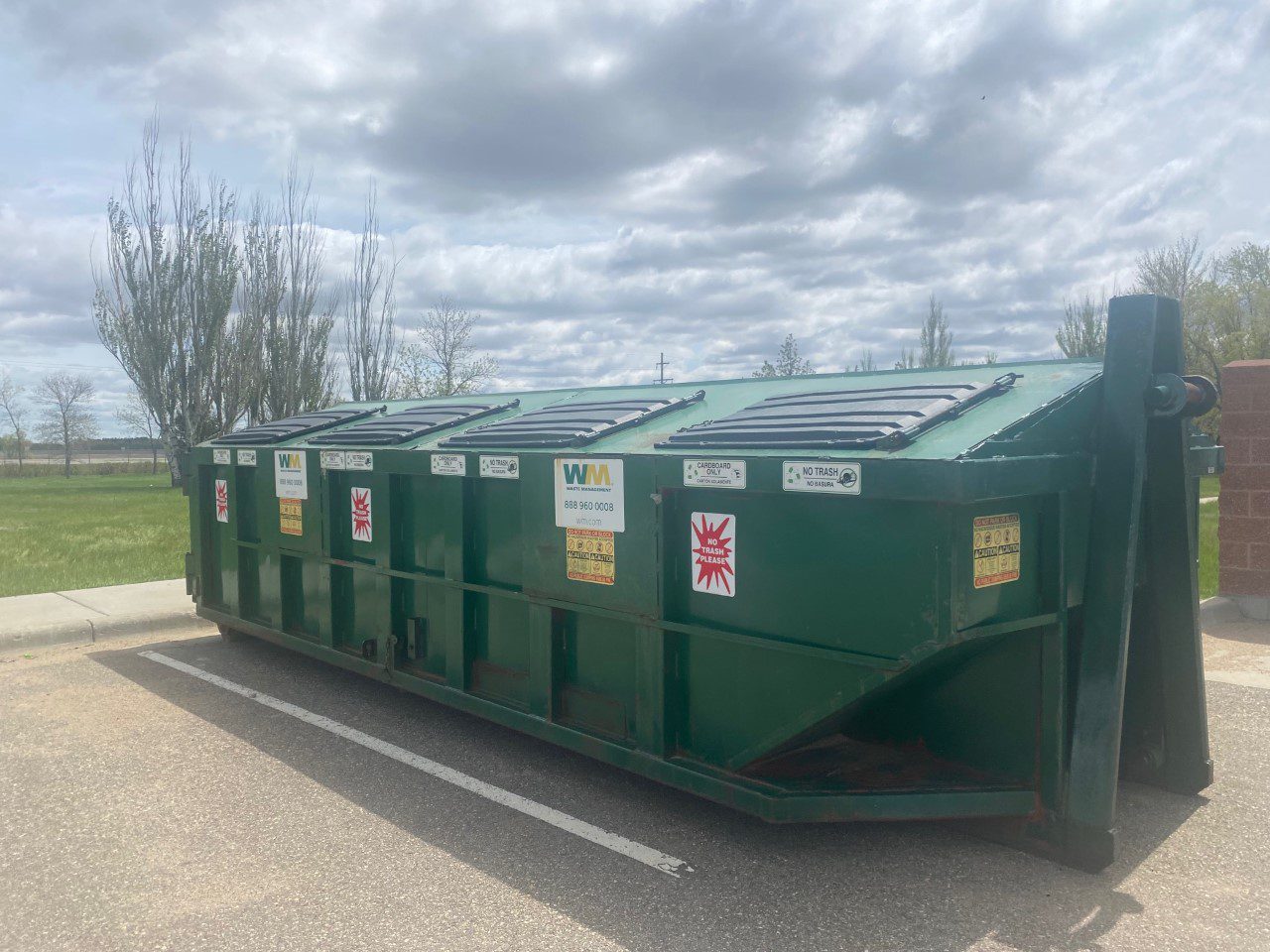 The Housing Office Management Office at 256 Spruce Street offers a dumpster for residents to bring flattened cardboard when space allows.

Minot Air Force Base is always streaming with newcomers. Getting to a new base means figuring out new dentists, schools, grocery stores and general ways of life. After unpacking what seems like the 100th box, some new Minot AFB residents look for the recycling center to dump those overflowing boxes; however, there isn’t one here. Let’s rephrase. The housing office does offer a dumpster, located in the parking lot of the Housing Office Management Office at 256 Spruce Street (pictured) where residents may place broken down cardboard boxes when there is space. Surprisingly, the city of Minot does not offer either curbside or on-location recycling either. Recycling has been a hot topic in the city for years and base residents continue to wonder when (or if) this service will be offered. But since the city of Minot does not have the capability to offer any recycling service, the base is unable to as well.
However, there is some uplifting news at hand. According to Jason Sorenson, the Minot Assistant Public Works Director, the city council has officially implemented that recycling will be started here in Minot very soon. The first piece of the plan is to build a transfer facility for the recyclable items. The bid for the build has been accepted and Rolac Contracting Inc. plans to break ground within the next few months with an estimated completion date of Spring 2023. Even more positive, the city is actively working on creating a curbside recycling program for citizens within the Minot residential area. The service would cost only a few dollars per month/per household. Sorenson said the exact price has not been released yet but the program plans to start by Summer 2023. With the positive progress being made by the city, the Minot AFB Housing, a Balfour Beatty Community, said they are interested in working with the city in implementing a similar program for base housing residents. Sorenson mentioned that initial contact to create the program on base has been made. But with no official word from Minot AFB leadership, it is unclear when/if recycling will be available to Minot AFB residents.
But just because the recycling option is not currently offered, it does not mean it won’t ever be available or that base housing dwellers have no options when it comes to being a little more green with repurposed items. Community source BeLocal Minot has put together a complete list of places in and around Minot that offer recycling options for those who wish to get rid of items responsibly. From newspapers to glass to car batteries, most items can be recycled; it just may take a mini-road trip or careful scheduling to make it happen. Check out the list of places available for items here! >>>

← Prev: 2022 Graduates of Minot Air Force Base Next: A Day for Minot Discovery →