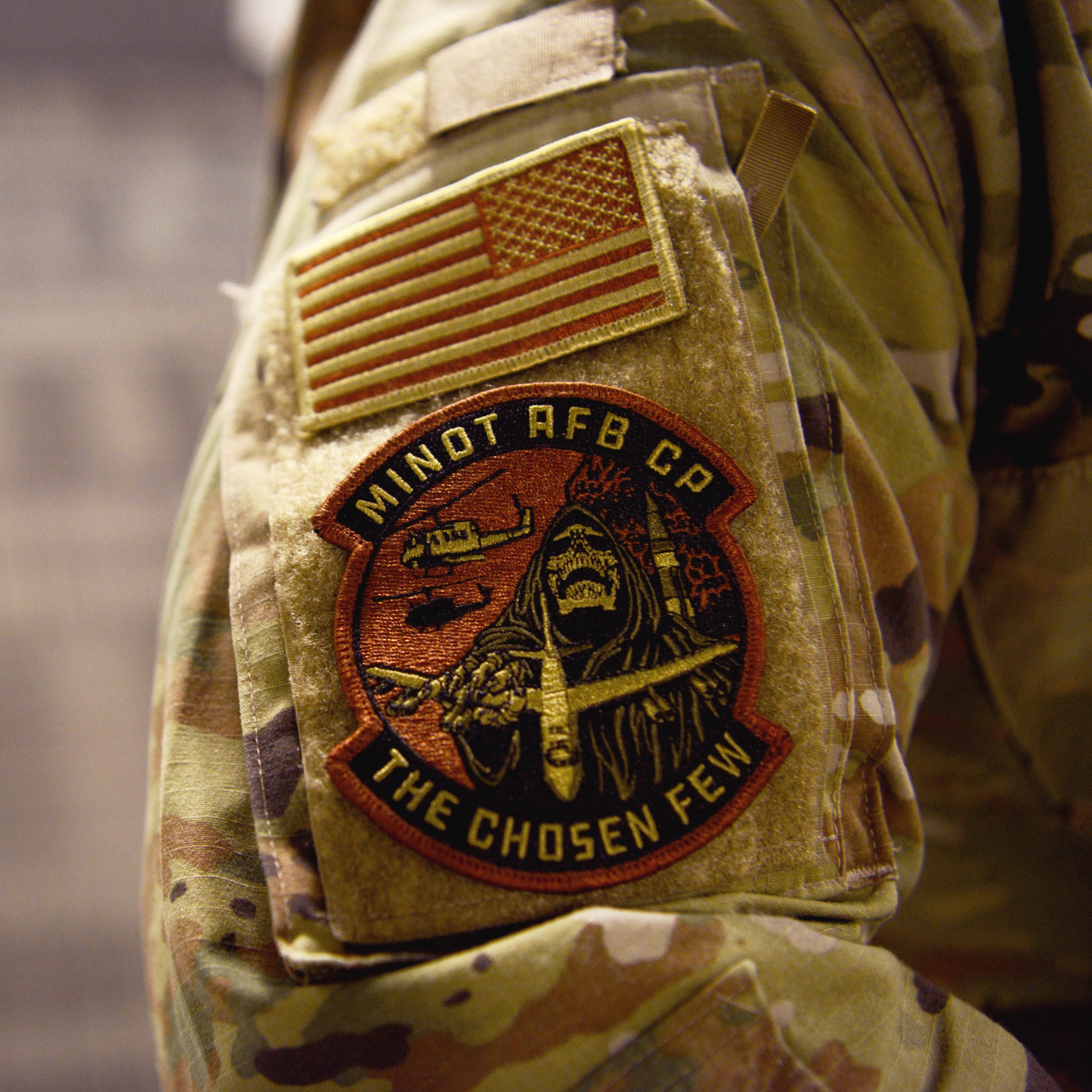 MINOT AIR FORCE BASE, N.D. —
The 5th Bomb Wing Command Post was awarded the 2021 Air Force Global Strike Command Large Nuclear Command Post of the Year and 8th Air Force Nuclear Deterrence Operations Team of the Year at Minot Air Force Base, North Dakota.
Command Post is the central command point for mission operations on base for the 5th Bomb Wing. They ensure operations and communications, i.e. command and control, run quickly and concisely, regardless of the circumstances. The Command Post team operates 24/7 in a secure environment, receiving information from upper echelons of the Air Force as well as information from the local community.
“We are the central nervous system of the base,” said Airman 1st Class Phillip Telles-Ferreira, emergency actions controller. “We deal with the funneling of information that goes from agency to agency. Information gets sent to us, and then we take that information and send it to wherever it has to go. If something happens at the missile facilities, then we would notify the missile wing commander.”
Minot AFB is home to the B-52 Stratofortress weapon system assigned to the 5th Bomb Wing as well as the Minuteman III ICBM weapon system assigned to the 91st Missile Wing; Telles-Ferreira believes this combination of mission sets and operation is what gave his team the knowledge and experience to garner this award.
Senior Master Sgt. Phillip Williams, Command Post superintendent, believes the reason for them winning is two-fold.
“The leadership is on the same page,” said Williams. “We do birthday cakes, our own awards and we try to be a family. We look forward to these quarters. Not winning the wing [award] a few times made us a little hungrier.”
Williams wants to make sure that every command post in the world knows who they are and make sure that his Airmen get the recognition they deserve for the hard work they put in every day and night, including scoring really well on their Career Development Course tests, which tests an Airman’s knowledge on their given career field.
Command post Airmen hold an immense responsibility and receive training for the ability to receive communication and relay that information to senior leaders in a moment’s notice.
“We are the only enlisted career field that receives emergency war orders,” said Master Sgt. Christopher Wilson, emergency actions controller. “Our first response to that is if it’s encoded then we decode it and we take it to the commander for immediate action. There is no other carrier field trained to do that on the enlisted side of the house.”