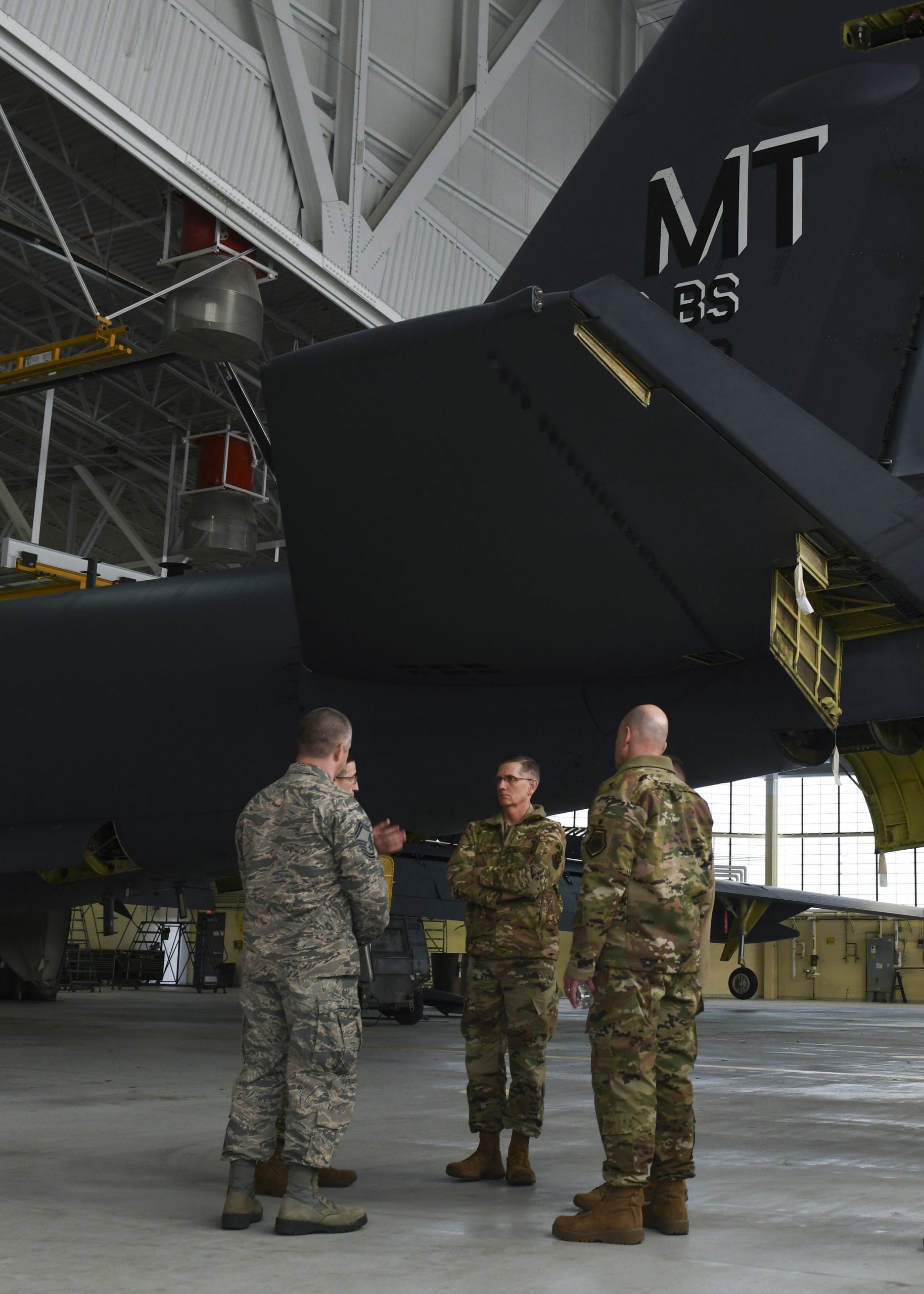 MINOT AIR FORCE BASE, N.D. —
Air Force Global Strike commander leadership visted Minot Air Force Base, North Dakota, Nov. 6-7 to spend time with Airmen and see the missions of the 5th Bomb Wing and 91st Missile Wing first hand.
Gen. Tim Ray, AFGSC commander, and Chief Master Sgt. Charles Hoffman, AFGSC command chief, began their visit each day with a sit down breakfast with Airmen from both wings. During the breakfasts, Airmen were given a chance to discuss issues with Ray and Hoffman in an informal setting.
“Everything we do everyday, especially here at Minot, is the cornerstone of the security structure of the free world,” Ray said.
During his visit, Gen. Ray visited security forces from both wings and received briefings, demonstrations on new procedures and training in place, and information on new security equipment coming to Minot AFB.
In addition to security forces, Ray and Hoffman visited base facilities including the 5th Medical Group, and were flown out by helicopter to tour missile and launch facilities.
During his visit, Ray shared wisdom and benchmark practices he learned from other bases in a continued effort to strengthen Global Strike Command’s presence and the Airmen who make the mission possible.
“What you do is vital,” Ray said. “At every turn, it is absolutely paramount that we get this right. I’m proud of each and every one of you and all that you do here and I’m looking forward to a very fascinating next couple of years.”
As Ray and Hoffman departed, the Command Chief thanked Minot Airmen for all they do to support the AFGSC mission.
“Only American Airmen could do what they do for the [nuclear] triad…day in and day out,” Hoffman said. “Only the best come north, and I look forward to seeing you in the field in February!”

← Prev: Flash Fire Hero Next: The Easter Winter Storm- One for the Decade →