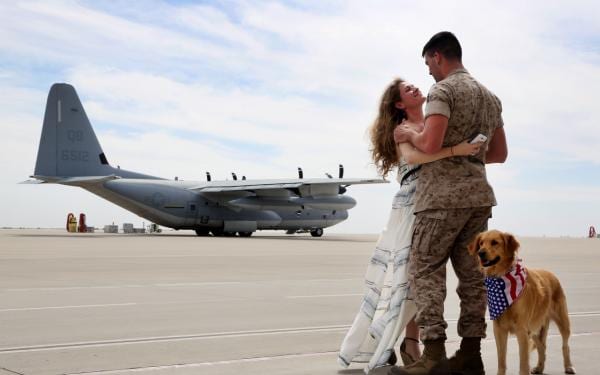 I remember the first time my husband called me after returning from Iraq. I was a military girlfriend and living long-distance at the time. Hence the phone call.
So, we were chatting away, and I was feeling all sorts of happy butterflies because he was finally home. And we were—finally—going to see each other and spend time together! Woo!
Then he dropped the bomb.
He said, “I can’t wait to go to Afghanistan. I’m looking to volunteer for the next rotation.”
In a single instant my butterflies disappeared and a gaping hole burned into my heart. Seriously. For real. He just got home. I was speechless.
What military spouses won’t tell you.
Finding the good in the bad is key to thriving in military life, and this is something strong military spouses do insanely well. But…
While most military spouses confide in close friends and family members, they typically hold it together and put a smile on their face for the rest of the world. There are several things they won’t tell you about deployment.