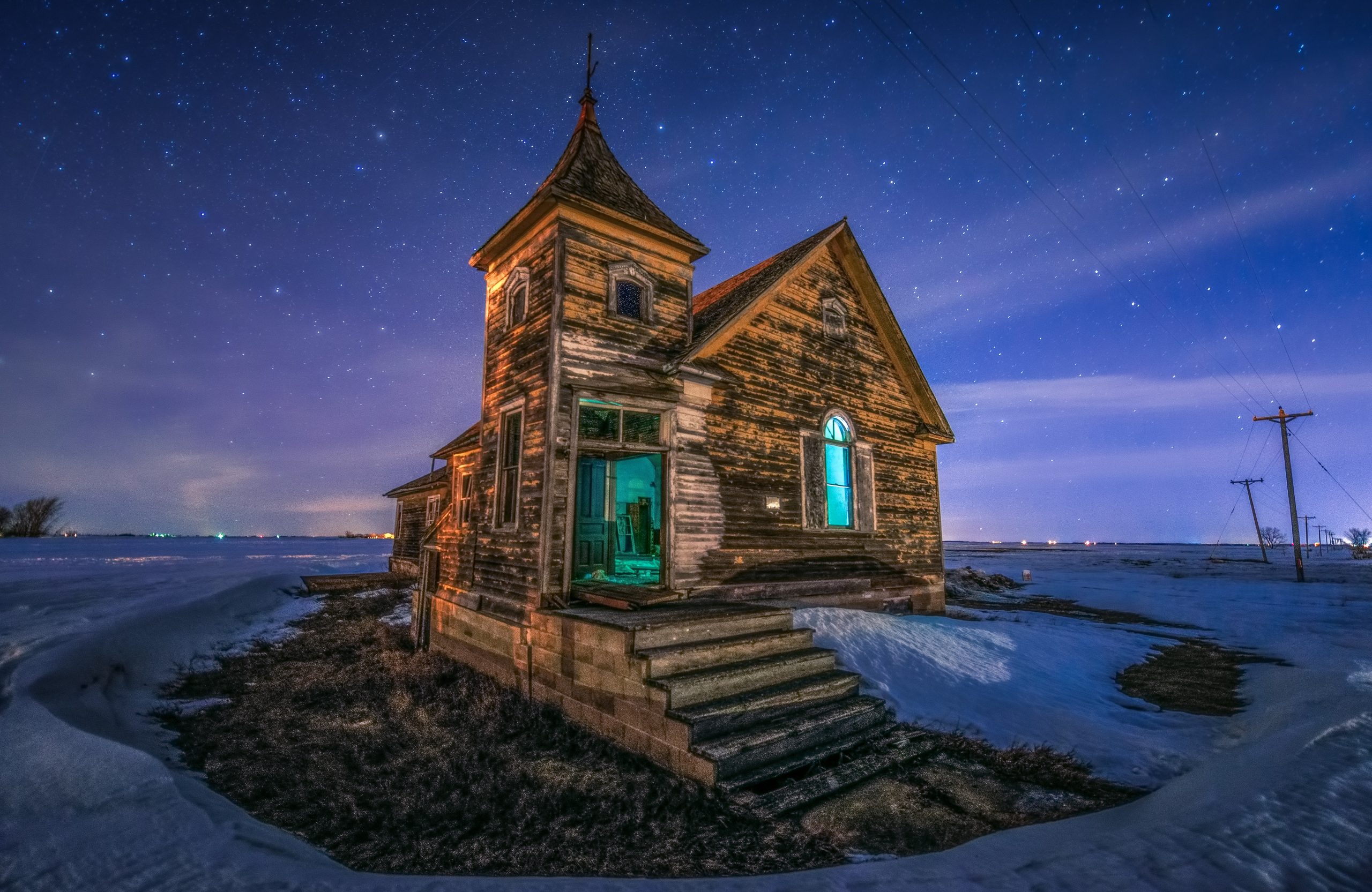 While gazing across the horizon in this state, it is almost impossible not to notice another unique feature in the landscape: abandoned buildings and structures. While not entirely unique to North Dakota, the curious amount of decrepit, abandoned structures and houses left to fall to ruin by exposure are certainly very noticeable. Meteorologist and photographer Zachary Hargrove came to this discovery and decided that the abandoned building through the state makes a perfect backdrop for his weather photography tour.

Zachary Hargrove’s book, entitled Abandoned North Dakota, Weathered by Time, is a captivating collection of photographs depicting extreme weather with abandoned buildings throughout the state of North Dakota. As a meteorologist, Hargrove was known to snap photos of clouds and extreme weather situations. He quickly realized that the stark contrast of North Dakota’s abandoned building made for very interesting photographs. Thus, he began to actively hunt for buildings to photograph which led to his book of buildings.

Hargrove traveled the state to find completely off the beaten path locations and abandoned buildings and sometimes entire abandoned towns to photograph.

He came across many interesting places on his travels, but he said the most fascinating was the San Haven Sanatorium in the Turtle Mountains. As a former tuberculosis recovery center, this haunting massive building has been left to complete decay and nature has taken over. When asked why there seemed to be such a large amount of abandoned buildings in this state, Hargrove mentioned that he doesn’t think there are vastly more here than elsewhere, but only that since there are hardly any wild-grown forests or trees, they are much more visible.

To explain why so many places are abandoned in the first place, Hargrove said, “The biggest reason is probably the railroad. There were little junction towns that popped up and then suddenly weren’t needed when the railroad changed courses. When there was nothing coming in, whole towns were just dissolved. Also, the Dust Bowl and Great Depression hit the area hard and many farmers just packed up and left their farmers and house behind, having no use for them anymore.”

Hargrove noted that photographing and remembering abandoned buildings is important because capturing this small glimpse of history before succumbing to time and exposure is instrumental in helping us remember the past. He said, “People had lives and memories in these places. Taking a picture keeps that memory alive for just a little bit longer.”

Any Minot AFB resident is sure to have noticed a specific abandoned building. Known by many names and often gossiped about is the long with-standing leaning barn on Highway 83 between the city and the base. This almost-collapsed building near Ruthville is often the center of conjecture among base residents. As the building is drastically noticeable, residents can’t help but wonder: when will it finally fall over? After every major wind storm, the question in the air is to wonder if it still stands. As this story goes to press, the leaning barn is indeed still standing!

The Northern Sentry wanted to get some more information on the history of the building, but after some research and digging the property of the land on which the building sits was found, unfortunately all methods to establish communication were unsuccessful. So the mystery of the leaning barn remains a mystery. It is anyone’s guess as to when it was built, for what purpose and when it will finally collapse into the earth.

Abandoned buildings are a part of the North Dakota landscape that blends in to those who live here but are fascinating eye sores to the newcomer. While Mr. Hargrove was able to uncover some of the mystery surrounding some of these buildings, there are dozens and maybe hundreds more that remain lost to history.