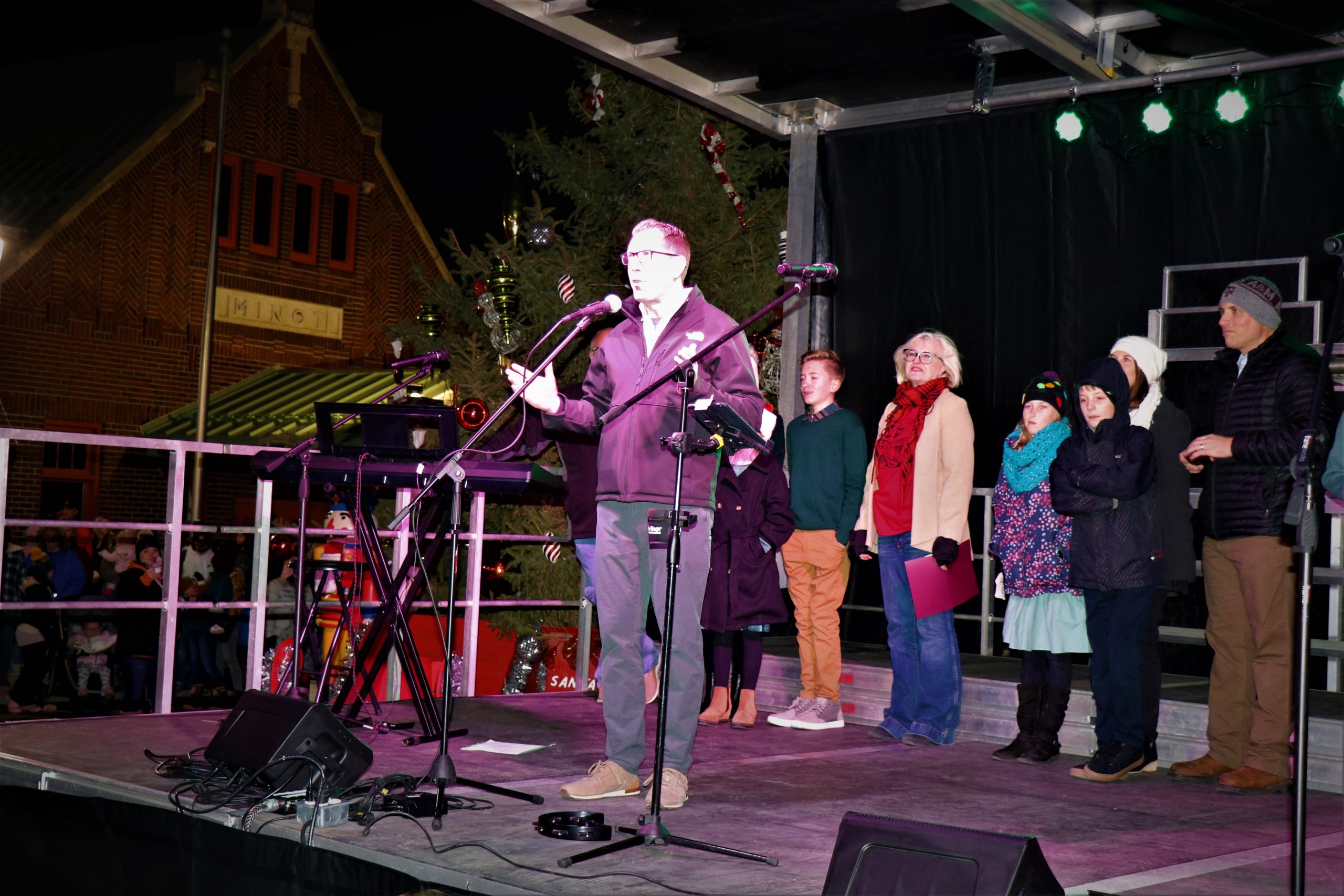 At 6:00 p.m. on Friday, November 25, the Christmas season officially started in Minot, ND. So it was declared by Minot Mayor Tom Ross. In his address to the large crowd gathered on Main Street, he noted that the very epicenter of Minot was Main Street and Central Avenue, right where the over 30 foot Christmas Tree stood on this day.

Before Mayor Ross took to the podium, Minot native Chloe Marie entertained with familiar Christmas songs ending her portion of the evening with a sing along including favorites Rudolph the Red Nosed Reindeer, White Christmas and We Wish You A Merry Christmas.

It was a brisk evening, with a bit of wind, but the group on stage gathered together with MC Margie Bolton to do a countdown to the official tree lighting. Also on stage to bless the evening with a prayer for a special Christmas was Pastor Matt Scherbenske from The Pursuit Church.