The Talley’s Return to Minot 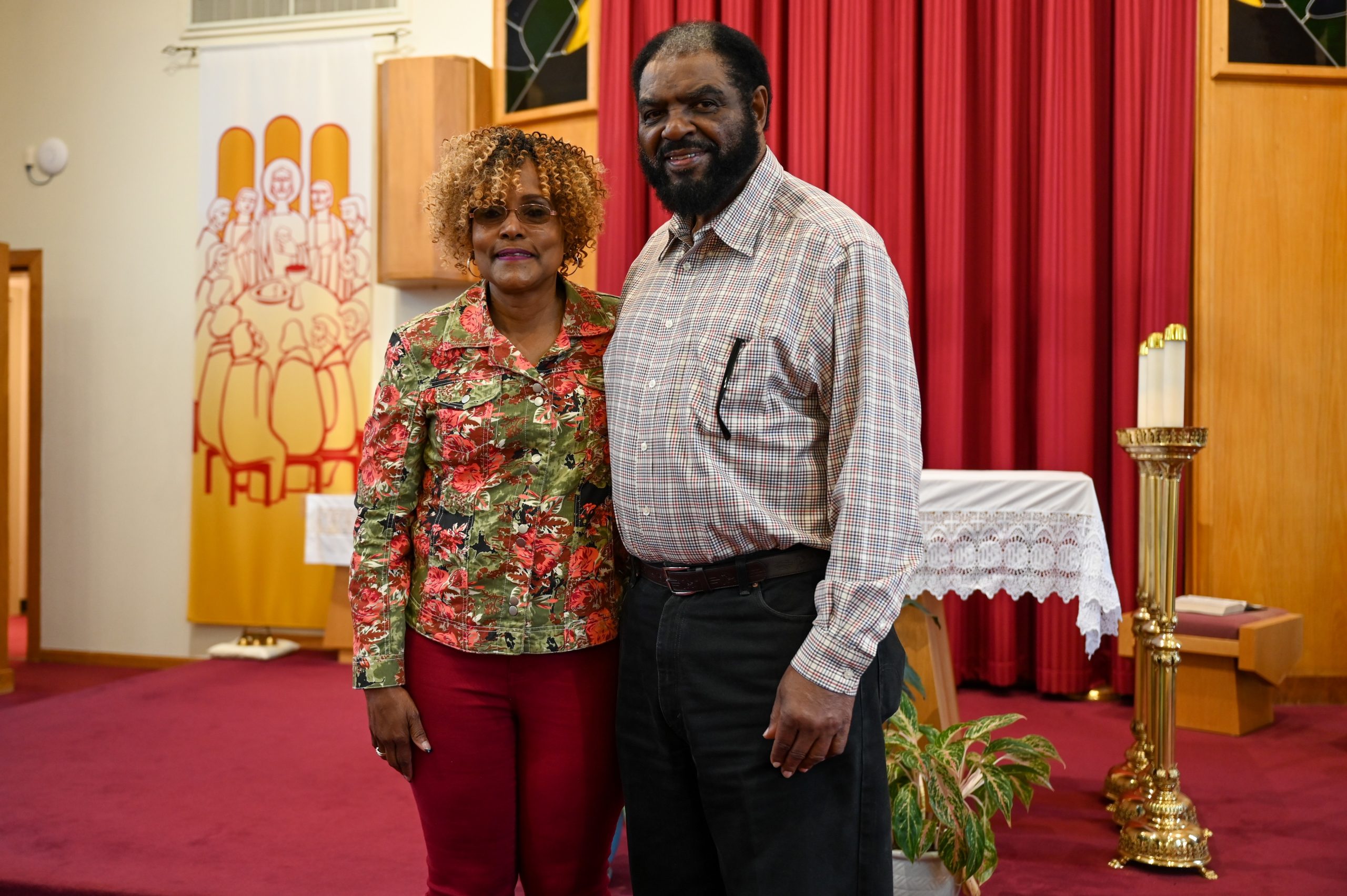 Shelia and James Talley visit the Northern Lights Chapel at Minot Air Force Base, N.D., May 13, 2022. The Talleys were married at the chapel 50 years ago while they were both stationed at Minot AFB during the 1970s.

MINOT AIR FORCE BASE, N.D. — It was 1970 at Minot Air Force Base, the Airman’s club was hosting a dance competition. James Talley, a Missile Maintenance Technician with the 91st Missile Wing, was in attendance with some of his friends who had told him of some new arrivals at Minot, some of the first women to be stationed there. The winner of the dance competition was Shelia Taylor, a records manager and the new president of the Woman in the Air Force council. It was then that James decided he had to get to know her.
After the Airman’s Club, James met Shelia a house party on base where they immediately connected.
“I kept hearing about his Shelia at the time.. beautiful woman,” he said.
“We had a chance to talk and found out that we had a lot in common, that we could communicate with each other. So that’s how it all started.”
“Even in the harder winters I felt like it was summertime once I met the love of my life.” Added Shelia.
Shelia, who was from the south and not accustomed to the climate of the northern states, recalled some of the struggles she faced when she first arrived.
“We had a lot of women from the south and with the climate and all, they had to get used to that,” said Shelia.
“And then just not having that many of us, I’m saying blacks of course, to actually socialize with and everything.”
Despite being in a different environment surrounded by people unlike them, the women in the WAF dorms were a close knit group.
“We ended up just having just an awesome time after we got over the initial adjustment of it all.” she said.
“And after I met my husband, everything just changed.”
On the 24th of June, 1972, James and Shelia were married at the Northern Lights Chapel on base. They started a family, having children who also serve in the Air Force and other branches, became grandparents and recently welcomed their first great grandchild.
Almost 50 years later, the Talley’s returned to Minot to visit the places the used to spend time together at, including the very chapel where they first said their vows.
The city of Minot as well as the Air Force base have changed significantly over the years, but one thing is certain, that the “magic” of Minot has brought many people together, and for the Talleys, provided 50 happy years of marriage and a special place of their families history.