Who are you after your service member leaves the military? 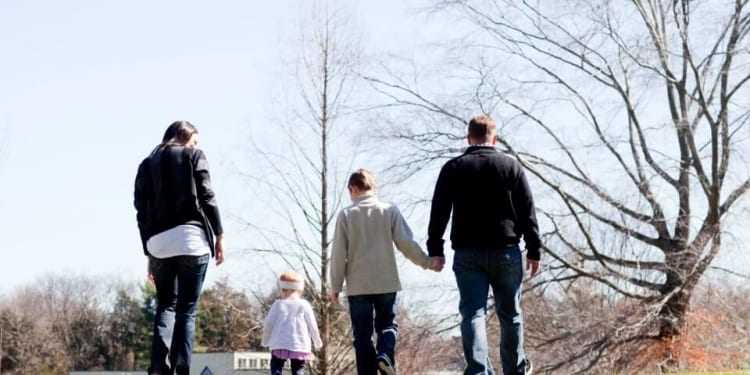 Military spouses use their resilience skills to ensure a smooth transition to civilian life. Courtesy photo.

Despite navigating multiple transitions during a military career, leaving active duty is a different type of life event. Classes and curriculum are designed to guide the service member through each phase of preparing for that exit, to include looking for employment, understanding benefits and more, but what impact does “getting out” have on military spouses who are acclimated to this way of life?
Whether serving a few years or retiring, the Department of Defense provides a resource to complement the stages of military life. When the time comes to go back to civilian life, military spouses who are immersed in the military lifestyle may not know where they fit into the world anymore.
Sherri Davenport, a senior career transition trainer for nine years with GBX Consultants — a contractor to the Department of Labor, facilitated employment workshops in the U.S., Germany and Puerto Rico. She also has in-depth knowledge as a military spouse. Her husband, an Army aviator, retired as a chief warrant officer 4 after 24 years of service.
“Though military families are used to change, transitioning out is different because it is permanent. In addition, the options are chosen by the couple rather than the military. The range of possibilities and responsibilities can make this period overwhelming. However, resilience skills can help spouses navigate this phase of life,” Davenport said.
Utilize resiliency skills
Davenport describes resilience as a way of thinking that improves function and enhances an individual’s ability to withstand challenges. She said, “Skills include being able to identity your character strengths, avoiding thinking traps and hunting the good. Spouses possess these qualities when managing deployments and frequent relocations. Traits like perseverance, social intelligence and teamwork are the behaviors empowering spouses to overcome obstacles in the military and that will help them forge ahead in the civilian world.”
She recommends military spouses apply this thought process to the transition.
“Think of it as a marathon, not a sprint,” she said. “There will be periods of activity with points of slow growth.”
Davenport emphasizes the importance of avoiding negativity bias and jumping to conclusions when searching for jobs, where to live or reaching out to civilians. Spouses should keep an open mind as opportunities present themselves and make a habit of hunting the good by focusing on three positive things every day, she adds.
Know your worth
Alexandra Clasen is a relocation assistant at Fort Gordon’s Army Community Service. Her husband, a chief warrant officer 2 at the Cyber Protection Brigade, is medically retiring after 14 years of service. Clasen has applied resiliency skills in her own life while advising spouses to, “know your worth.”
“This mindset helps spouses recognize the direction they should take, as well as what they can control during a time of uncertainty,” she said.
For example, while supporting their service member, military spouses often make sacrifices in terms of their vocation. However, in the civilian world, couples are on equal footing when it comes to employment.
“Instead of feeling insecure about unconventional job experiences, think of this chapter of life as your time to shine,” Clasen said. “View this phase as a journey of getting to know yourself and exploring opportunities.”
If starting or changing careers, one of the first steps Clasen recommends is translating experience into a dollar value and creating a resume of soft skills. To do this, she suggests getting feedback from people who know you best and who can be objective. Ask them to list your top five strengths.
Clasen also proposes having tangible evidence of accomplishments by creating a calendar of tasks and goals. Indicate their completion by circling or crossing them out.
Davenport and Clasen encourage spouses to stay connected, explaining how it is critical to communicate with your husband or wife. They also state that spouses tend to be the link to their family’s social network and not to discount the importance of this ability to reach out. Whether someone is seeking employment or finding a home, having a network of peers is invaluable.

Find a purpose
One such peer is Kristine Zelazny, the assistant director of student life/dean of students at Bellarmine Preparatory High School in Tacoma, Washington. Her journey as a military spouse started while in college. At the time, her boyfriend asked her if he should join ROTC to pay for college. Her advice was that he should decide what was right for him, but little did she know how his decision would shape her life.
After his commissioning as a military intelligence officer, they married and spent the first three years apart because of deployments. Her husband missed the birth and first 18 months of their son’s life, and their time in service included 13 moves. Zelazny faced hardship, loneliness and even scary times. However, she appreciates the life of adventure and friendships she had as an Army wife.
After 22 years, her husband retired as a lieutenant colonel and they settled in their hometown where he was offered a job. Despite growing up in the area and having a family support system, the transition was tough. The instant bonds found in military communities and the sense of service was missing. In the face of unforeseen challenges, Zelazny relied on what she learned as a military spouse. She approached civilian life with a positive outlook, finding meaningful ways to become involved.
“It is not a typical military move. You are on your own, but rely on your skills to get you through. Military spouses are pros at this. Be confident and navigate it with the same grace you would any other move,” Zelazny said.
She adds that the military transition will be different for everyone, so spouses should not gauge their experience based on someone else’s.
This article originally appeared in Military Families Magazine.