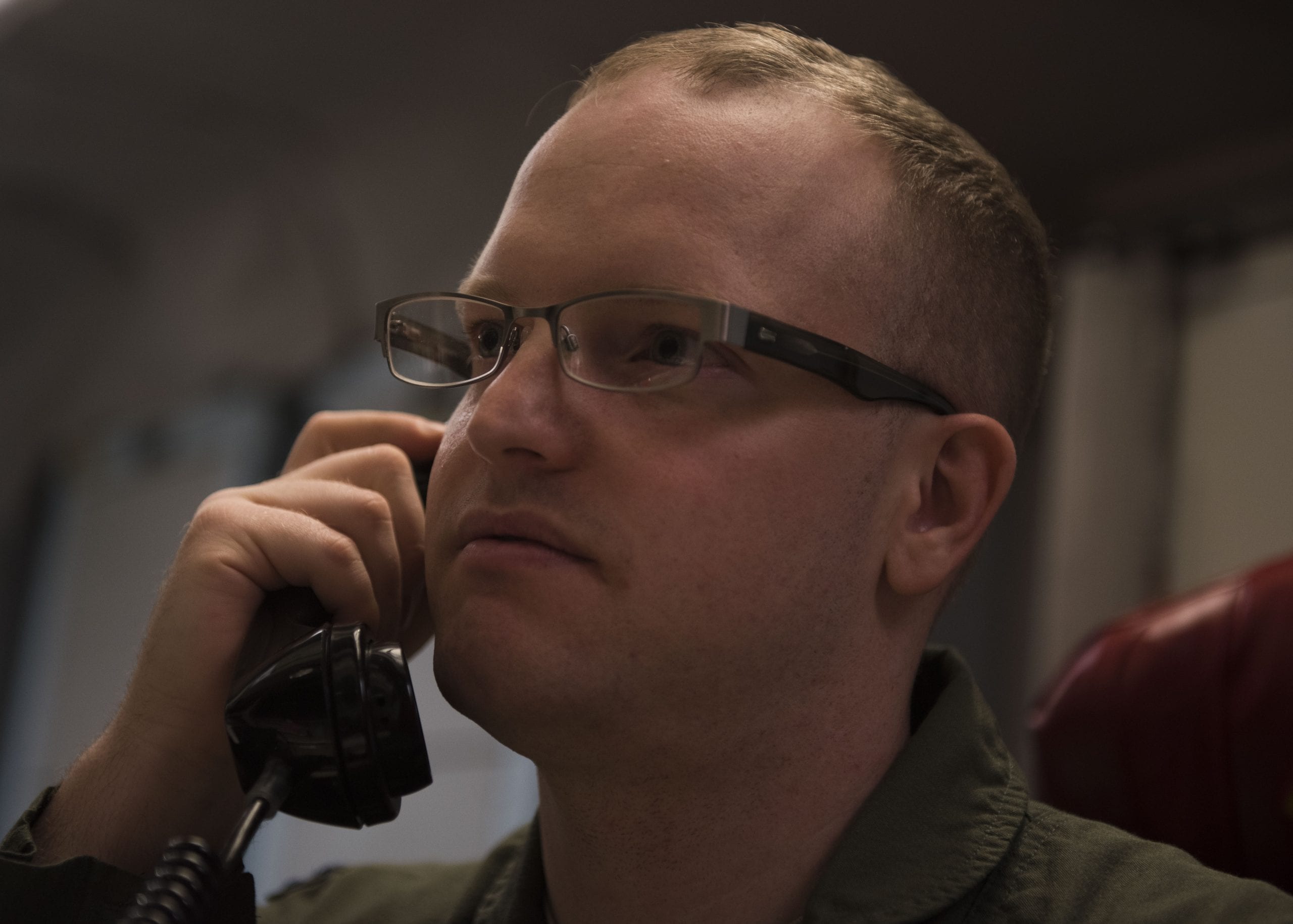 MINOT AIR FORCE BASE, N.D. —
For the first time ever on Oct. 26, 2019, a reserve Airman completed a 24 hour “alert” at a Missile Alert Facility after 60 years of using Intercontinental Ballistic Missiles in the U.S. Air Force.
Captain Ben Shea, 91st Operations Support Squadron minuteman combat crew commander, was called into a MAF. Minot Air Force Base is one of the three bases tasked with the ICBM mission.
After serving six years at Minot AFB and having pulled over two-hundred alerts in his Air Force career, Shea separated from the active-duty component of the Air Force and became a reservist. Shea wanted to continue serving here so he proposed an idea to be able to do his former job as a reservist.
“The vision is to always be combat mission ready in order to maintain currency and proficiency,” said Shea. “The Air Force as a whole was interested in the idea of having a reservist go on alert.”
Although Shea is a reservist, he is still required to complete all active duty requirements before getting sent to conduct the “alert” at the MAF. Shea trains on the Thursday and Friday before heading to the alert facility.
“I get my simulator training done for the Missile Procedural Trainer along with any other training required,” said Shea. “After the training, I would be ready to get dispatched to the missile field on Saturday and come back on Sunday. We essentially prove that it is possible for a reservist to go on alert.”
When sent out to the MAF, Shea is responsible for the alert facility. Shae maintained his prior position when as an active duty member and implied it to his reservist role.
“When I went on alert, I went to the Delta-01 missile alert facility,” said Shea. “I was the commander on the field for that flight area.”
Shea conducted mission planning before deploying out to the field.
“We sit down and talk about any events that may occur in the field,” said Shea. “When we get out there it’s our job to take care of our little quadrant of the Air Force.”
Shea believes that reserve Airmen are an essential asset to the U.S. Air Force.
“The flying community utilizes reservists in a great deal in order to supplement the missions that they are already conducting,” said Shea. “It is a great way to innovate with the personnel that we have. The reservists give experience back to the career field instead of losing it.”
Shea hopes that one day they will eventually have enough reservists to cover the whole missile field for a weekend.
“The vision that we have is that there will eventually be ten reservists that can show up for mission planning instead of one,” said Shea. “We are not there yet, but that is the goal. Eventually, we will be covering a squadron or even a wing in order to give an entire weekend back to the active duty folks.”
Shea is the first out of three reserve Airman to go on “alert” at a MAF. The other two reservists from F.E. Warren AFB and Malmstrom AFB will be conducting their first “alert” call during the month of November.
“I am able to contribute to the mission on a part-time basis,” said Shea. “I am very thankful for the opportunity that the Air Force has given me, and it is a great blessing to continue serving.”

← Prev: The Taube Museum of Art Next: Celebrating flight at North Dakota’s air museums and attractions →