Barksdale and Minot: Epitome of Interoperability 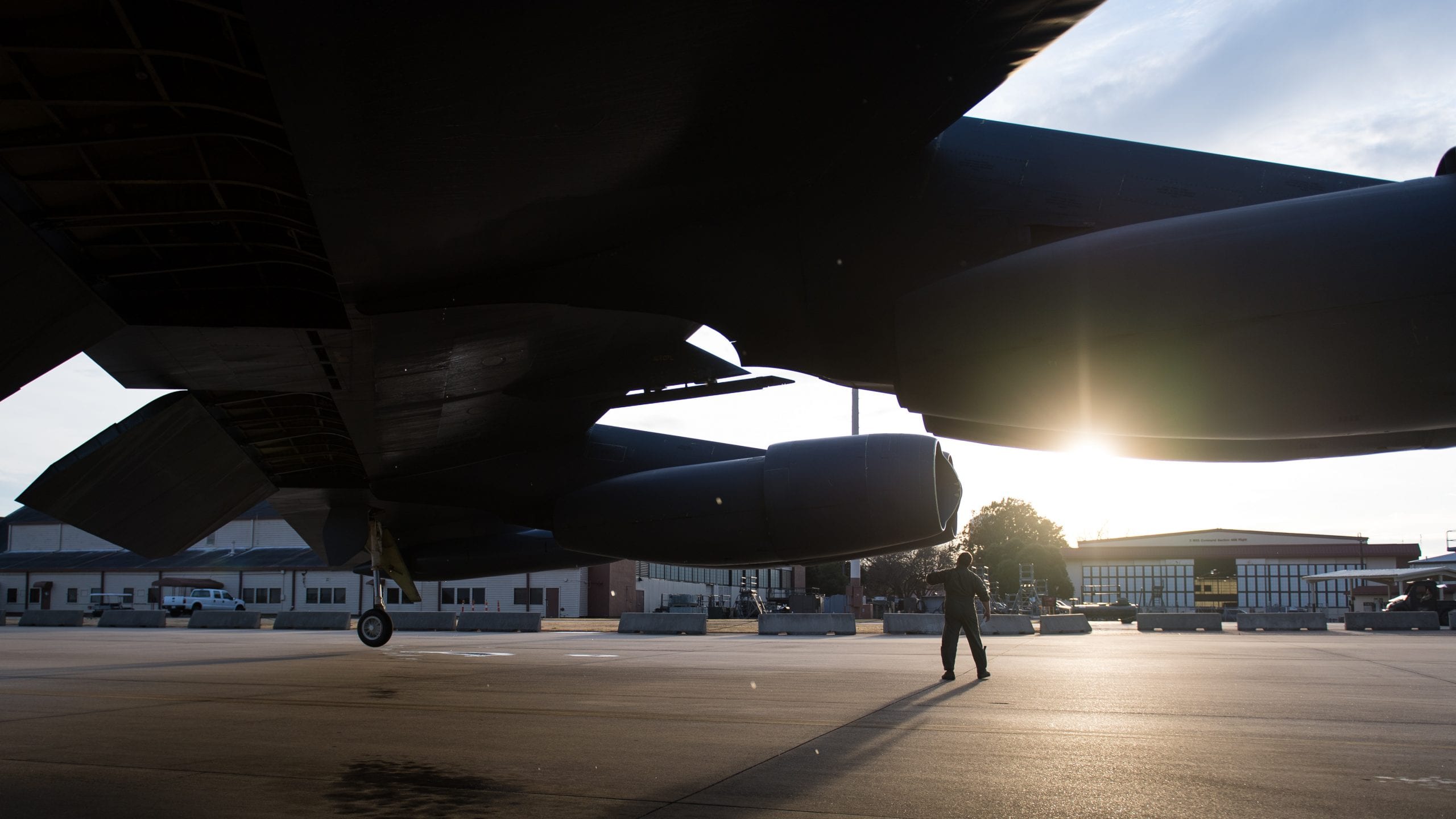 BARKSDALE AIR FORCE BASE, La. —
Two B-52H Stratofortresses from Barksdale and two B-52s from Minot Air Force Base, North Dakota, teamed up for an exercise Nov. 21, 2019.
During the exercise, Minot went south to a range in Kansas and Barksdale went north to a range in South Dakota.
“We come together as one bomber community,” said Capt. Tim “Vice” Nichols, 20th Bomb Squadron weapons officer at Barksdale. “It’s not just Barksdale and Minot, we all realize we’re all under Air Force Global Strike Command and it’s one team.”
The exercise simulated a scenario where B-52s were launched from multiple locations to strike the same target areas.
“All of this planning has to be very, very meticulous,” said Capt. Ryan “Rhino” McDaniel, 20th BS weapons systems officer. “Being able to use the same language, tactics, techniques, procedures and foundation in which we operate is vital.”
The interoperability is derived from the air crews ability to communicate. They are using the same terminology all while being two geographically separated units, this allows them to accomplish a task where success or failure is within the margin of a few seconds.

“We talked over great distances to effectively communicate to make sure that we could strike targets that are way beyond where we could visually see simultaneously,” said Nichols.
Upon completing the mission, both teams met up at Barksdale for a mass debrief to discuss what the team’s successes and setbacks were in order to stay mission ready.
According to Nichols, the goal of exercises like this is to allow U.S. leadership to plug and play any one of the bomb squadrons in the Air Force and get the same lethality.

For Natalie Gebur, General Manager of Frost Fire Park in Northeastern North Dakota, excitement is mounting as the clock ticks toward the December 6th and the opening of the ski hill that has been closed for 3 seasons. “We’re just putting the finishing touches on the...